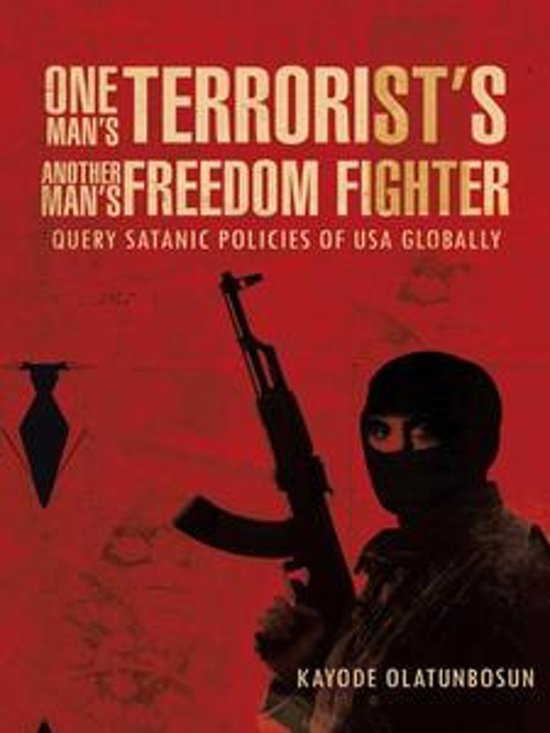 THE NOVEL THAT EXAMINES THE CULTURE OF VIOLENCE Odigoma grapples with disturbing frequency, the problems of the semiotics of violence. She decides to stoke the epistemic fire in quest of the tyrannies inherent in settling score with fellow human beings. Can there be any relationship between violence and violation? What is meant by the justification of violence? What is the value of terror in a civilized community? Who is a terrorist? While she continues to brood over these posers, something drops into her mind: she needs to make a move; and that move requires her going to the enclave of Oketiiriwoye, her mysterious mentor, with regard to sipping at sassy wine. Odigoma follows the path of dialogue to engage her mentor in the role of international community in spreading and combating terrorism. Why has USA derailed from the ideology of her Founding Fathers and Mothers to overreaching herself as well as helping in spawning and spreading terror across the globe? Odigoma reflects on the golden jubilee of the [Gi]ant of Africa, a Land of Waste (LOW). She then offers 50 gift items: the reasons for persistent institutional failures in the ship navigated by leaders without ladders and limbs. She also looks into the gory game of the BH terrorist group, conducting with impunity the rape of a rickety republic. * * * * * One Mans Terrorists Another Mans Freedom Fighter is an engaging novel of briny ideas, which is able to weave into it the meanings of violence, its variant, terrorism, and the debilitating impact on the society as well as the double standard game tactics played by the world powers.