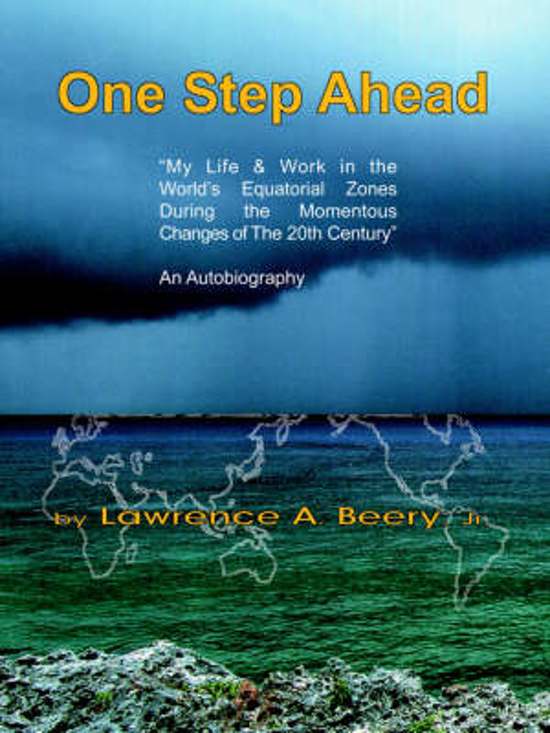 1. This is a 20th century adventure of an optimist who early on knew what he wanted and for whom things seemed to fall in place.;2. Lawrence A. Beery Jr. received his Masters degree in agricultural sciences from Ohio State University in 1937, landed his dream job with Goodyear Rubber Plantations assigned as Director of Plant Research in Sumatra, narrowly escaped the Japanese invasion, went on to work for the U.S. Department of Agriculture, then USAID in Central and South America,and Africa;3. Spans the years of one man's working life from the Depress ion-era to the end of the 20th century. A must read for those who want a detailed account of US interests throughout the underdeveloped nations during that period. Erica Kinsey, author of A GRIEF WELL ENDED;4. Lawrence A. Beery has written an autobiography reflecting on his participation in development programs in the equatorial regions around the globe. Working for private enterprise and U.S. Government agencies, he had an opportunity to meet and influence leaders of emerging countries to expand the opportunities for their people and nations to enter the 20th century.;5. "After Pearl Harbor having a last lunch at the Des Indes hotel in Batavia before beginning evacuation from Java I remember seeing and hearing the Japanese bombing Tandjong Priok harbor just 5 miles away".;6. The world has become too small and politics too sensitive to duplicate Beery experiences today. These stories are the legends of another time and place in American history.;Angela Hess;7. It was a a time when Company loyalty between employer and employee was the norm. The mid 20th century was a relatively innocent time when more often than not a man's word meant something.
Toon meer Toon minder

Originele Titel
One Step Ahead: My Life & Work in the World's Equatorial Zones During the Momentous Changes of the 20th Century an Autobiography