One Step Thru the Classics Violin Book 1 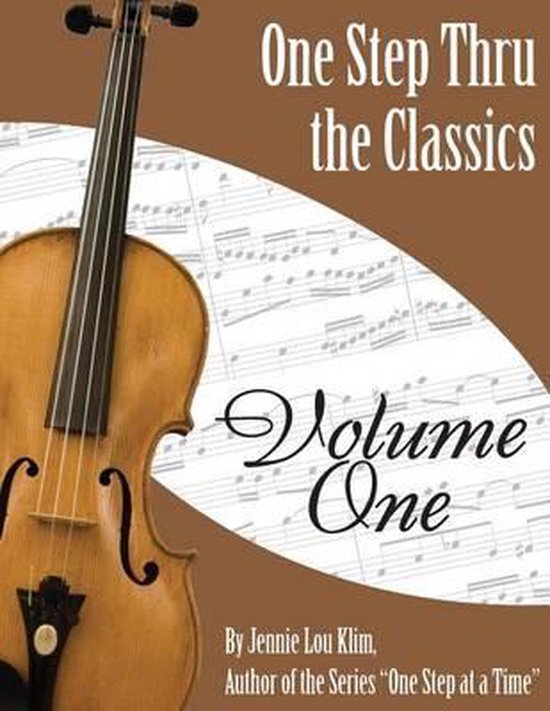 One Step Thru The Classics is a collection of folk tunes from around the world, a few original songs, and select melodies from the classical repertory. Part One begins with the one-octave Key of A Major, and progresses through the keys of D and G Major. Part Two introduces the two-octave scale of G Major, and includes songs which require two different finger patterns.One Step Thru The Classics is designed to be a supplement to the One Step At A Time series, by the same author, or any beginning method book. Although this collection contains many of the same songs, found in other books, One Step Thru The Classics is unique in many ways, such as:1. Fingering is indicated at the time a new note is presented, thus the student is not dependent on fingering in order to read the music.2. The order of the songs is logically arranged, according to finger patterns and bowing styles.3. There are no clever pictures, graphics, lyrics, or other extraneous material on the page. The student is not distracted, and can concentrate on the music.4. There are no suggested tempo markings, thus providing the opportunity for the teacher to choose the most suitable tempo for the student.Based on a lifetime of teaching in her private studio, Jennie Lou Klim has written a large library of music method books to be used in the private studio and classroom. Her own method is a combination of the teaching fundamentals of Leopold Auer, Charles de Beriot, Shinichi Suzuki, and Mimi Zweig.
Toon meer Toon minder