Open Distance Learning (ODL) Through the Philosophy of Ubuntu 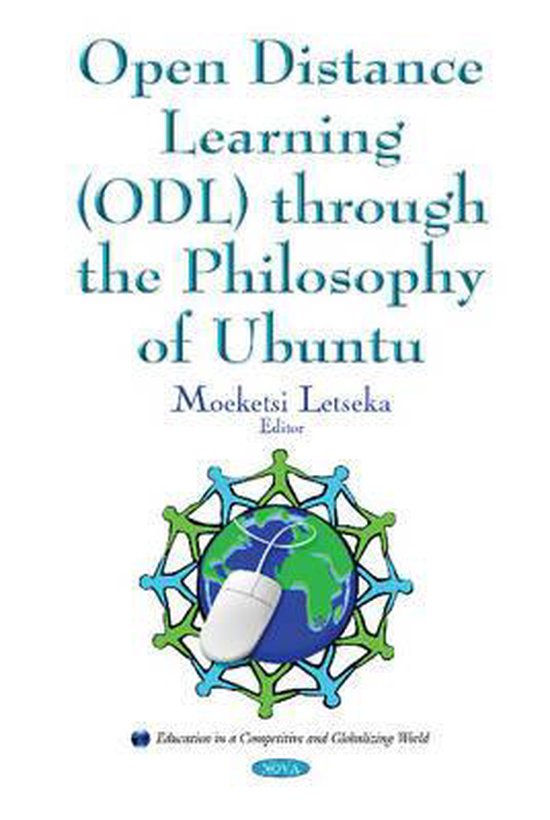 Access to higher education in South Africa poses a number of challenges. First, South Africa is said to be one of the most unequal societies in the world, with an estimated Gini coefficient that ranges between 0.63 and 0.69 (Human Sciences Research Council, 2014; Statistics South Africa, 2014). The wealth gap between the countrys rich and the poorest of the poor is both growing and getting worse. Second, UNISA is an open distance learning (ODL) institution that seeks to intervene and manage the above challenges by offering access to higher education opportunities to millions of South Africans, the majority of whom are descendants of sections of society that were denied opportunities to access higher education by a myriad of institutionalised apartheid policies and legislation which were racist and discriminative. With these concerns in mind, the author compiled Open Distance Learning (ODL) Through the Philosophy of Ubuntu, which is a sequel to the authors previous publication, Open Distance Learning (ODL) in South Africa (Nova Publishers: New Nork, 2015); it explores the potential for the philosophy of Ubuntu to meaningfully shape UNISAs ability to deliver its ODL mode of teaching and learning. The philosophy of Ubuntu, which is also known as humaneness and/or human dignity, is an African worldview or normative concept that encapsulates moral values and principles such as kindness, generosity, compassion, benevolence, respect for persons, care and concern for others, as well as human dignity. The book draws on the philosophy of Ubuntu as a guiding conceptual framework to explore ways in which UNISAs vision of an African university in the service of humanity might be meaningfully driven and realised. This collection of fourteen chapters that constitute the book grapples with a wide range of critical questions such as: How might embracing the philosophy of Ubuntu impact UNISAs ability to meaningfully deliver a humane, open distance education to its students in South Africa, on the African continent, and on a global scale? How, for instance, would grounding UNISAs curricular offerings in the philosophy of Ubuntu turn the university into a uniquely African ODL institution? How would embracing the values and principles of Ubuntu shape UNISAs inclusive focus, research and innovative conceptual framework and impertaives, ODL teaching and learning, assessment and quality assurance, communication and public relations profile, among others? Finally, Open Distance Learning (ODL) Through the Philosophy of Ubuntu explores the plausibility of a radical change of mindset from business as usual to business unusual by re-imagining and recasting UNISAs ODL mission through the values and principles of the philosophy of Ubuntu. The book is the second offering of the planned trilogy of books on ODL in Southern Africa. The final volume, Assuring Institutional Quality in Open Distance Learning (ODL) in the Developing Contexts will complete this thought process on ODL.
Toon meer Toon minder