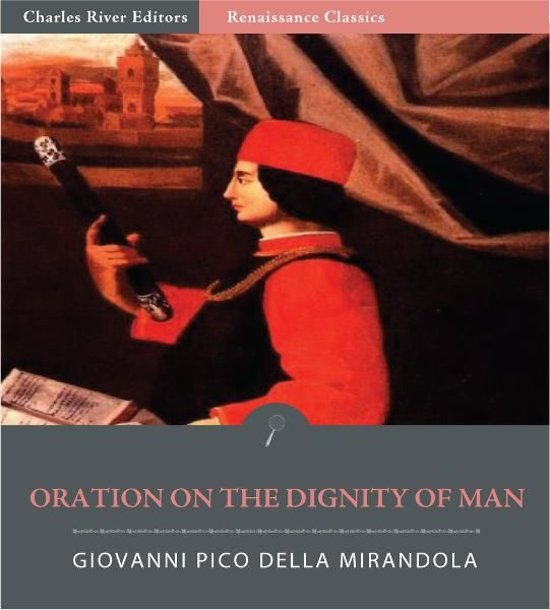 Oration on the Dignity of Man. De hominis dignitate. Giovanni Pico della Mirandola. Giovanni Pico della Mirandola (1463–94) is one of the the best known philosophers of the Renaissance. The Oration on the Dignity of Man is better known than any other philosophical text of the fifteenth century. Pico della Mirandola spoke in front of hostile clerics of the dignity of the liberal arts and about the dignity and glory of angels. Of these angels he spoke of three divisions in particular: the Seraphim, Cherubim, and Thrones. These are the top three choirs in the angel hierarchy; each one embodying a different virtue. The Seraphim represent charity, and in order to obtain the status of Seraphim Mirandola declares that one must "burn with love for the Creator." The Cherubim represent intelligence. This status is obtained through contemplation and meditation. Finally, Thrones represent justice, and this is obtained by being just in ruling over "inferior things." Of these three, the Thrones is the lowest, Cherubim the middle, and Seraphim the highest. In this speech, Mirandola emphasizes the Cherubim and that by embodying the values of the Cherub, one can be equally prepared for "the fire of the Seraphim and the judgement of the Thrones." This deviation into the hierarchy of angels makes sense when Pico della Mirandola makes his point that a philosopher "is a creature of Heaven and not of earth" because they are capable of obtaining any one of the statuses.
Toon meer Toon minder