Orthodox Judaism in America A Biographical Dictionary and Sourcebook 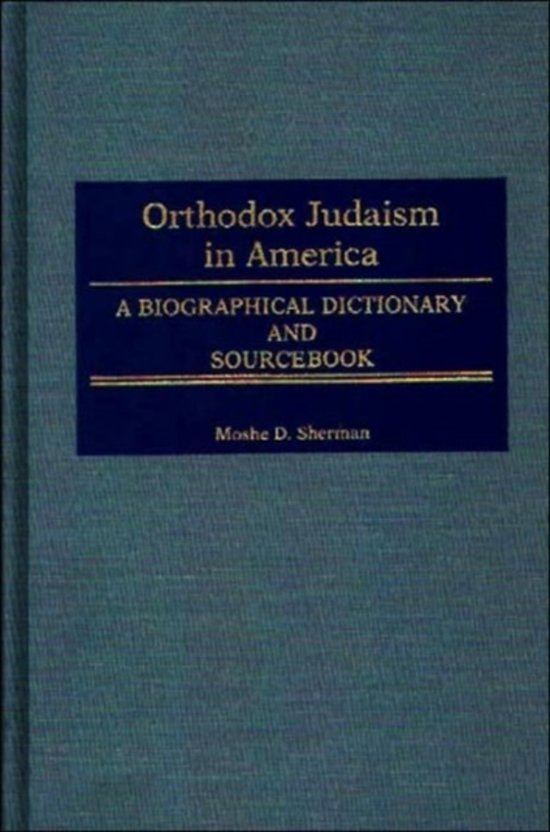 The last in a series of three volumes edited by Marc Lee Raphael surveying some of the major rabbinic and lay personalities who have shaped Judaism in America for the past two centuries, this work focuses on Orthodox Judaism. Along with a basic description of the achievements of some of the most notable leaders, a bibliography of their writings and sources for further study is included as well as an essay on Orthodox rabbinic organizations and a survey of American Orthodox periodicals. Of interest to scholars, students, and lay persons alike, this volume will inform readers about the earliest communities of Jews who settled in America as they developed the institutions of Orthodox Jewish life and set a public standard of compliance with Jewish law. These early American Jews followed a Spanish-Dutch version of Sephardic customs and rites. Their synagogues used traditional prayer books, promoted the celebration of Jewish holidays, established mikvahs, acquired Passover provisions, and arranged for cemetery land and burial services. While many of these Sephardic immigrants did not maintain halakha in their daily regimen as did their European counterparts, they set a public standard of compliance with Jewish law, thus honoring Jewish tradition. Further immigration of thousands of Jews from Western and Central Europe in the middle of the 19th century brought a world of traditional piety and extensive Jewish learning to America, exemplified by Rabbi Abraham Rice, who served in Baltimore, and Yissachar Dov (Bernard) Illowy, who served communities from Philadelphia to New Orleans. Such men marked the beginning of a learned and scholarly rabbinate in America. This volume provides valuable biographical insights regarding some of the most notable religious leaders in American Orthodoxy.
Toon meer Toon minder