Our Spiritual Destiny As It Is Written, So Shall It Be 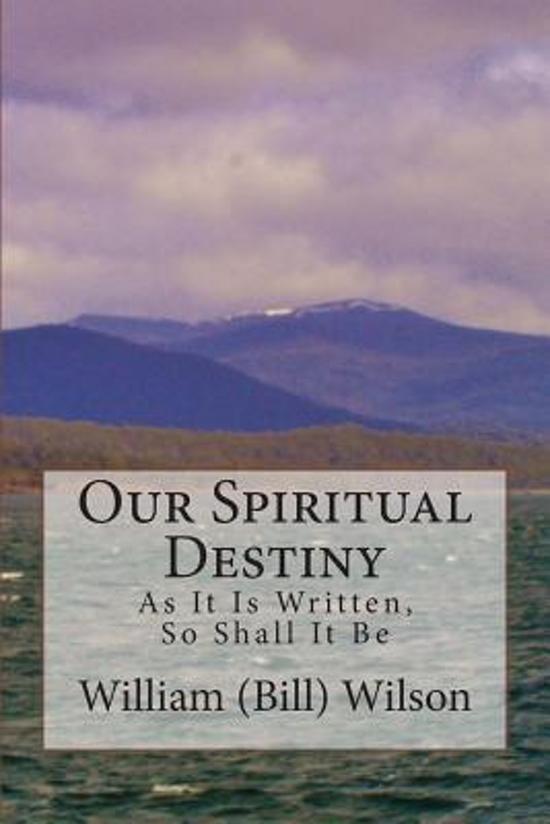 In this wide ranging explanation of the desires by God for our eventual destiny, and of our frequent failure to obey these requirements, there are many interesting facts to be considered, some of which are:God is revealed in the Bible quite clearly as the one and only person of unmeasurable power, knowledge and presence. He created everything, knows everything and is present everywhere at the same time. Humanity failed the first test of obedience and loyalty to God. Only a small faithful remnant was saved from destruction. Faith in God by one man, Abraham, pleased God. His son, Isaac inherited everything, including God's Covenant promise for his descendants to become a great nation. The progressive revelation to us of God's plan for our redemption is seen in the Covenant made with Israel, requiring an obedience of the Law given to Moses, the first prophet of God. The Israelites were originally, or related to, the Canaanites, and their older culture and beliefs had a large influence on them. The Covenant with David was a renewal of the Covenant given to Abraham.After the times of the Former Prophets there were sixteen other Prophets over the next 4 centuries (between 850 and 417 BC). Nine basic themes can be seen in the messages given by God to all of his Prophets. In the messages from the major and minor prophets, the starting point for the sins of the people is usually their worship of idols, which then results in their other bad behaviour. It is written in many of the 39 Old Testament books that God spoke to us through his Prophets. God promised a New Covenant with the house of Israel through the prophet Jeremiah, 'after those days . . . which are surely coming'. God has always judged us in various ways. Paul relates consistently to Jesus, and the first 8 chapters of Romans show only one major conclusion: God accepts sinners; therefore salvation is not by our own achievements. Only those who worship the God of Christianity are the faithful remnant God has always desired.The arrival of Jesus, the Son of God and descended from King David, the long prophesised Messiah, or Christ, was the new starting point of our salvation from our own ancient inclination to reject God and also from the evil influence of Satan. He fulfilled many prophecies and also foretold the future events relating to His divinity and power at his second coming. The background to the presence of the Holy Spirit in John's Gospel is, initially, the answers that Jesus gave to the disciples' questions relating to their dismay, or state of shock, at the prospect of him leaving them. We will be made wise by the indwelling Holy Spirit of God if we turn to the teachings of Christ; and only love, and not special knowledge, inspiration, or clear conscience, liberates the Christian from bondage to the laws and conventions of society.The early philosophers tried to define our human attributes and spiritual identity and the purpose and reasons for our existence. Many aspiring experts and philosophers have, for thousands of years, suggested a smorgasbord of reasons for our existence, discontent and bad behaviour. Philosophers, and others who ponder on such matters, create ideologies about good and evil. It is therefore not surprising that many of us in our modern world do not believe that the death of the Messiah, whose message may have at first terrorised us, has any far-reaching consequences. John's Book of Revelation predicts that Jesus, the Son of God and also the Son of man, Isaiah's Suffering Servant, who was spat on, cursed, accused, humiliated, whipped and nailed to a cross, will return without warning as the King and Judge. God has offered each one of us an exciting challenge to choose, individually, to either remain in our bondage to our independent evil system, or to resolve our dilemma by becoming one of His children; the eternal destiny in the Kingdom of God, which God has always planned for us.
Toon meer Toon minder

Extra groot lettertype
Nee
Subtitel
As It Is Written, So Shall It Be
Thema Subject Code
QRM