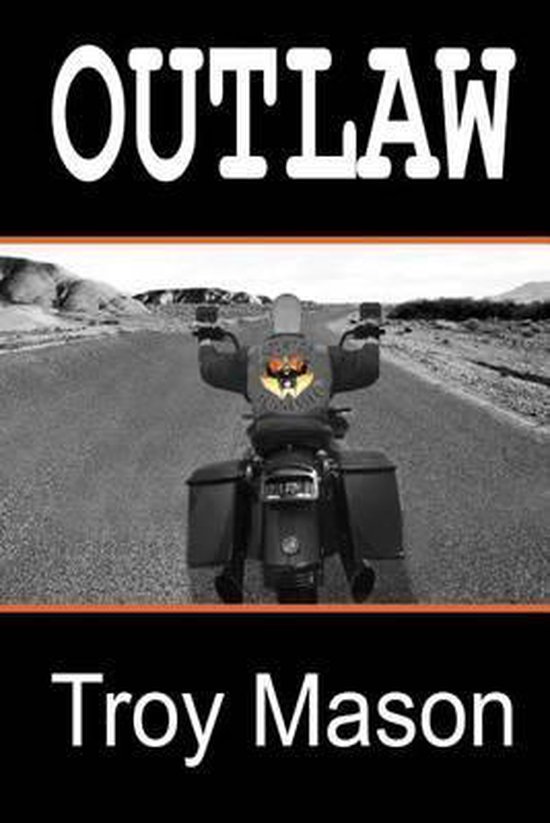 An All-American Spiral into an outlaw's life...Jason Broaduc lives his life as part of a brotherhood. A High School football star and Marine Corps war veteran decorated for heroism, he has returned to life in Paris, Tennessee working as a State Trooper. When all of this is taken away in an instant, how will he react? What will he have to do to survive in a world where no one will accept him? The answer may lie in a different kind of brotherhood...and a lifestyle he would never have imagined. Jason has no one in his life. An only child whose mother died when he was young, he was raised by his father, who died when Jason was 20 years old. Now at the ripe old age of 24, he finds himself clinging to the last remnants of brotherhood he can find: his old friends from the Marine Corps, and his co-workers in the Tennessee Highway Patrol. There has always been a team around him, and he enjoyed belonging to something bigger than himself. His instincts to protect those close to him and serve the greater good provide all the satisfaction he could ever want in life. When football is over, the Marine Corps is over, and a series of violent flashbacks from his final epic battle in Iraq cost him his career in the Highway Patrol, he is alone in the world and tortured by demons from his past. No home, no money, and no way to earn a living compel Jason to seek a new life. He embarks on a whirlwind motorcycle trip that lands him alternately in jail, then in a cold and lonely singlewide trailer that sits just down the road from a bar that serves as the headquarters for the IRON KINGZ. They are a group of outcasts from society. A group that lives outside of the rules and laws that govern everyday citizens. They accept him even with his faults. His past haunts him, but through the brotherhood of the IRON KINGZ, he searches for peace; a peace that proves difficult to attain while he is totally immersed in the crime and violence of the club. The IRON KINGZ never ask anyone how they earn a living, and that works well for Jason. Using a contact he made while fighting in Iraq, and a street-gang leader he met in jail, he survives by trafficking in AK-47s. It is a precarious existence, staying one step ahead of the ATF while simultaneously avoiding being killed by the gang he does business with. All the fighting and survival skills he learned in combat are necessary to stay alive in this new life he lives. Jason works hard to protect his brothers in the IRON KINGZ, the last group on earth that accepts him for who he is. That is not always an easy task in the places the club travels. Trying to save them, even from themselves while staying out of prison is a challenge unlike any he has faced before. Ultimately, OUTLAW is about a man's search to belong. The brotherhood that he seeks, even when that brotherhood is criminal and violates his own convictions, is preferable to the depths of isolation he experiences inside his own mind when he is alone in life. This book is a must-read for anyone who has ever been in the military, or who has ever ridden a motorcycle. The first chapter will shock you, and the rest of the book will keep you on the edge of your seat as the action continues.
Toon meer Toon minder