Over the Bridge A Zane Johns Adventure 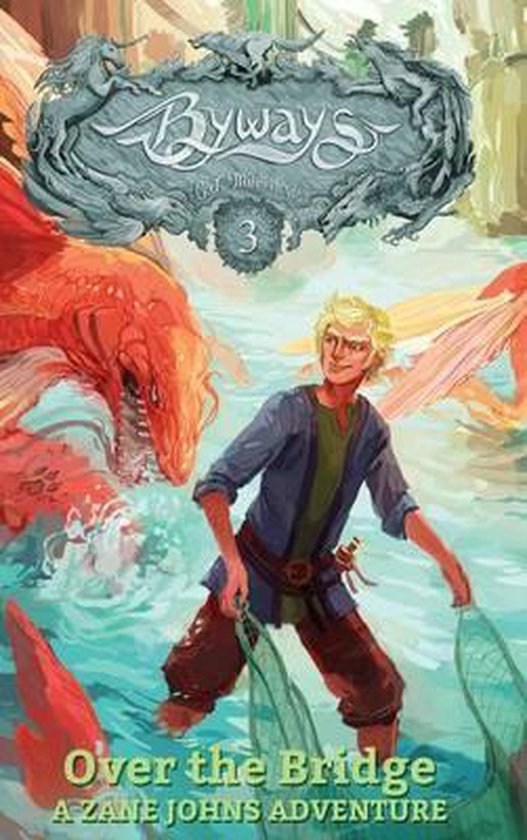 
Magic isn't the only legacy Mr. Ian Johns wants for his bickering sons. The Postmaster hoped the boys would bond during a family trip, but they twist his vacation plans into a race. Ewan, Zane, and Ganix soon find themselves far from home, facing choices that are far from easy. Three routes stretch from coast to coast. The rules: each brother--and his two companions--must check in at post offices along their route. At these waypoints, they stamp in with their personal seal and report their progress by postcard.
Book #3, Over the Bridge, middle son Zane arrives in a city of bridges, high above a river that's keeping secrets. He and his best friend Jovan need one more person to complete their team, so they follow a rumor about a blacksmith who wants to move west. A visit to Trenton Forge brings on surprise after another. The Byways books are a coming-of-age story times three with an educational twist. The storyline includes a states-based geography quest.
Welcome to Liberty: Big cities and hill-country outposts thrive on busy byways, but people are scarce in the Wilds, where mythical creatures are alive and well. Folks commonly use lanterns to light their homes, and peace is kept by rangers on horseback. In the Byways books, readers will encounter dragons, griffins, river monsters, and rogue magicians.
Magic is a rare trait that runs in families. Some magical gifts are quite useful; others are downright quirky. Like the talent inherited by members of the Johns family. They're Changers who can take the form of an animal. Not that magic will make winning the race any easier for Ewan, Zane, and Ganix.
Educational Twist: Each of the Byways books is tied to one of the fifty states and borrows from its history and geography--icons, mottos, landmarks, people, places, and famous firsts. They're hidden throughout the story, turning the series into one long game of hide-and-seek. At the end of each Byways book, there's a master list that covers everything from the state tree to the state insect. Nicknames, sports teams, state heroes, and national parks also find their way into the story. States are covered in order of ratification. Over the Bridge takes its cues from "The Garden State," New Jersey.
Chart your course to CJMilbrandt.com, where readers can stamp into the Waypoint Log and take part in a very special Hometown Challenge.
Excerpt:
Zane stalked into the forge, which was filled with the smell of smoke and the shimmer of heat. It was darker inside, so it took a moment for his eyes to adjust. The steady sound of metal hitting metal helped him zero in on the blacksmith.
This Trenton must have been the youngest of the bunch. He was dressed in buff-colored breeches and sturdy boots. A heavy leather apron was tied over a sleeveless white tunic that left arms bare. Lean muscles rippled with every strike of the hammer, and sparks skittered across the stone floor.
Zane thought the blacksmith looked like a tall, lanky boy ... except for one thing. Wisps of fiery red hair were escaping from a thick knot on top of her head. "You're a girl?"
Toon meer Toon minder