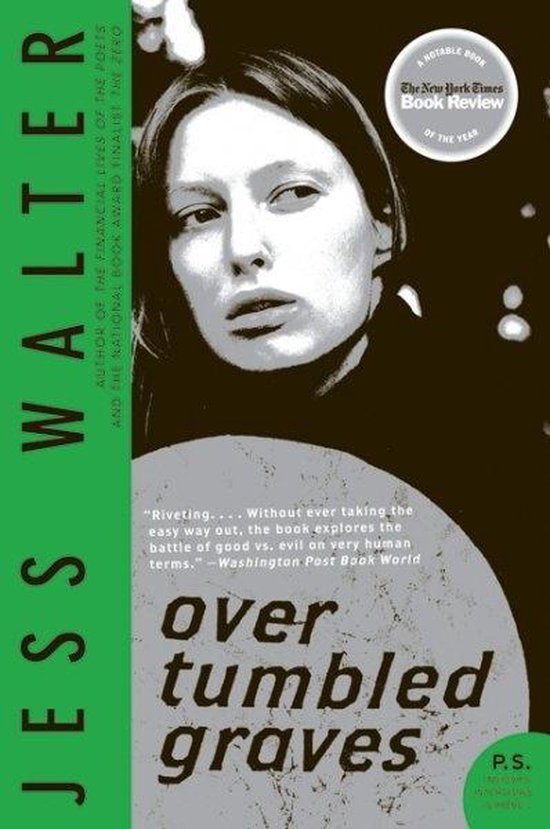 A New York Times Notable Book of the Year

&;Riveting. . . . Without ever taking the easy way out, the book explores the battle of good vs. evil on very human terms.&;
&;Washington Post Book World

Dark in mood and rich in character, Over Tumbled Graves is the rare thriller that manages to be at once viscerally gripping and provocative on a deeper level. Set in the city of Spokane, the novel follows detective Caroline Mabry as she descends into a nighmarish underworld of violence in pursuit of a suspected prostitute killer named Lenny Ryan. As the bodies pile up, the personal strain becomes unbearable for Caroline and her mentor, Alan Dupree--and the two are forced to confront not only the mounting death toll but their desperate, unconsummated attraction for each other. As her investigation closes in on the truth, Caroline enters an all-male world of serial-killer ''experts'' for whom chasing violent criminals is like managing a major-league sports team--far more concerned with grabbing headlines, amassing statistics into phony ''profiles'', and promoting their own careers than with the human beings at the center of the unthinkable crimes they're supposed to be chasing.

Within this most disturbing of boy's clubs, Caroline's abilities are called into question and her career jeopardized. She must swim against relentless currents of doubt to find the truth behind the killings. While her male colleagues focus on confirming their theories about the killer, Caroline turns to the victims, among whom she finds an unlikely ally. When she finally finds herself face-to-face with Lenny Ryan and all that he represents, she must chose between saving her career and standing up for the truth.

The last decade has seen an endless parade of serial killer novels, most following the conventions of The Silence of the Lambs. But this is that rare entry that actually merits the comparison--for both its literary quality and its thoughtful confrontation of the place serial killers have assumed in our culture.
Toon meer Toon minder