Overcoming Procrastination - A Mindfulness Based Solution 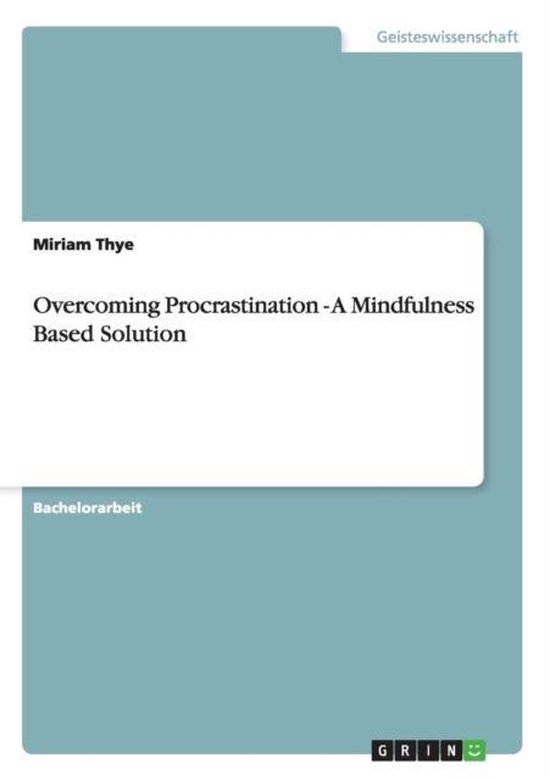 Bachelorarbeit aus dem Jahr 2009 im Fachbereich Psychologie - Sonstiges, Note: 1,3, Radboud Universiteit Nijmegen (Faculty of Social Sciences - Department of Social and Cultural Psychology), Sprache: Deutsch, Anmerkungen: Note: 8 von 10 Punkten (Niederlande) entspricht (lt. dt. Notensystem) 1,3, Abstract: The society has changed during the last decennia. People have to develop their sense of identity within these changing structures. This leads to new problems human beings are confronted with. Procrastination is one of these problems but is more than just not doing what one has intended to do. It is an expression of the changing mental possibilities of human beings. Furthermore, it is a reaction of the changing circumstances individuals have to deal with in post-modern society structure. Procrastination can be regarded as a malfunction of to much state and less act orientation within a person combined with the failure, due to the effects of post-modern societies' freedom of choice, to transform any intention into action. So it could be a failure in affect regulation. Techniques for exercising consciousness such as Mindfulness could give a proper sense of themselves back to people, what could tribute the development of identity and could lead to less procrastination. By transforming the unconscious and uncontrolled circle of procrastination into a conscious chain of non-decision it could be solved and overcome.
Toon meer Toon minder