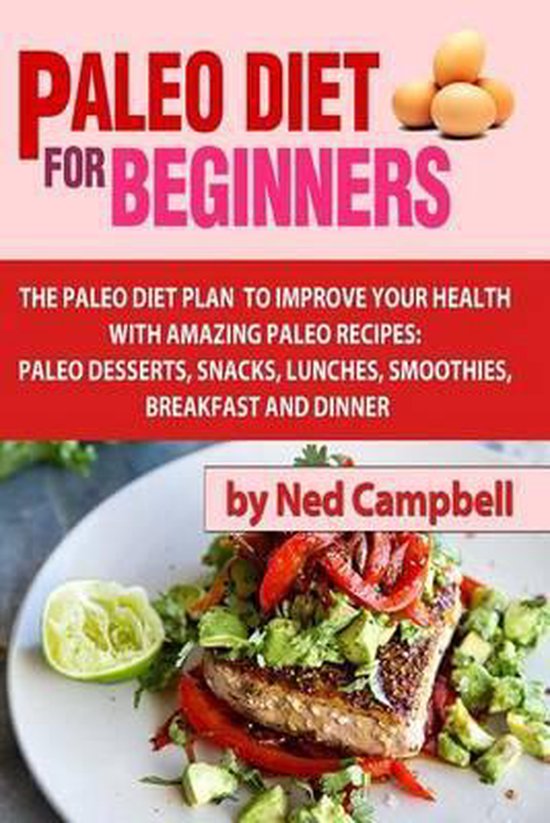 Get Ready To Enjoy Amazing Paleo Recipes That Are Not Only Great For Your Body... But Taste Absolutely Fantastic Introducing - Paleo Beginner's Cookbook: Paleo Diet Solutions & Recipes by Ned Campbell. Finally One Guide and Paleo Diet Recipe Book That Has It All - A Paleo Cookbook For Beginners The Perfect Introduction To Anyone New To Paleo Cooking As you know, The paleo diet is taking the world by storm because not only does it make people feel great, but they also are becoming more naturally healthy along the way. Now in Ned Campbell's fantastic new guideentitled: Paleo Beginner's Cookbook - Paleo Diet Solutions & Recipes, you'll not only discover a detailed explanation of what the paleo solution is, the origins of it, and the scientific benefits...you'll also learn exactly WHAT you should eat when it comes to paleo cooking.. This is the perfect paleo diet cookbook for beginners who want to find out more about paleo recipes for great tasting and healthy paleo cooking. Cooking For The Paleo Diet Couldn't Be Easier In this easy-to-read guide and paleo cookbook, you'll find everything you need to know about paleo cooking to get started and most of all, get access to some of the most amazing paleo recipes that include: Meats, Fish and Shellfish, Vegetables and Fruits, Oils and Fats, Spices, Thirst Quenchers and more. You'll even get COMPLETE MEAL PLANS as well as advice and tips on how to shop the right way for The Paleo Diet. Paleo Diet Recipes That Are Simply Out of This World Dieting shouldn't be hard, and the paleo diet isn't an exception. In - Paleo Beginner's Cookbook - Paleo Diet Solutions & Recipes, you'll also discover mouth-watering paleo recipes for Breakfast, Lunch and Dinner as well as tasty paleo snacks and desserts so good you'll be shocked they are even considered part of The paleo diet This paleo cookbook has it all, even unforgettable Salads, Sandwiches, Soups, and Entrees...the list just goes on and on Here is an idea of what is in the book Paleo Beginner's Cookbook - Paleo Diet Solutions & Recipes Chapter 1- The Paleo Diet Explained The Origins Of The Paleo Diet The Stone Age Diet What to eat Why Go Paleo? The Benefit of Science Chapter 2- The Paleo Diet: Where To Shop And Plan Meals What is a Paleo diet? Foods of the Paleo diet Meats Fish and Shellfish Vegetables Fruits Oils and Fats Spices Thirst Quenchers Shopping for the Paleo diet Meal Plans Health Benefits of the Paleo Diet Chapter 3- Paleo Recipes For Breakfast, Lunch And Dinner Delicious and Simple Meals, Snacks, and Desserts You'd Never Guess Were Paleo Delicious Paleo Breakfasts To Start The Day off Right Unforgettable Salads, Sandwiches, Soups and Entrees For Paleo Lunches or Dinners (For Any Day of the Week ) Satisfying Paleo Snacks Desserts
Toon meer Toon minder