Parchments The Plague of Wrodon 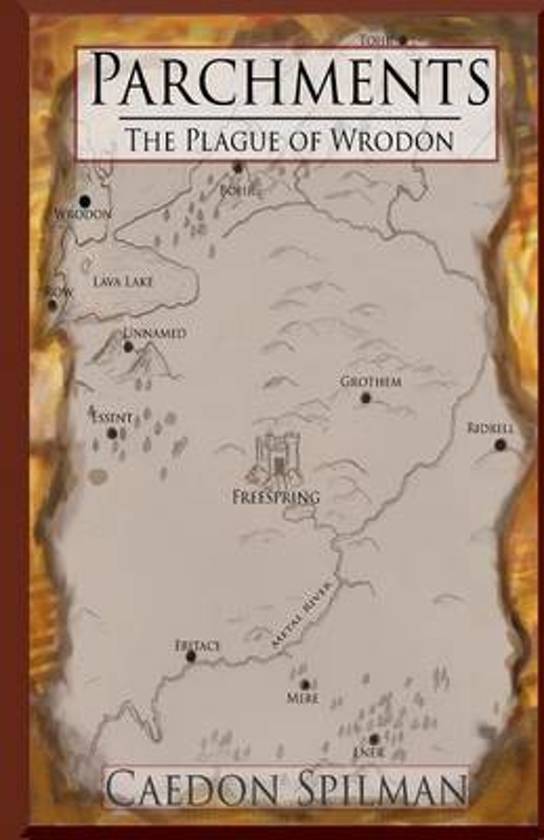 Ten years ago, a vicious man named Forge came to rule the land with his friend and partner, the evil Lord Haert, in the vast city of Wrodon. Along with his four sons, Forge had complete dominance over almost every city. To secure his position, he had the Haert create a magical plague to control the people. After three long years, the plague's spell was complete. But the Lord Haert missed a key step, and the Plague failed to begin. The Plague took Forge's life, and two of his sons turned on the Haert to join the sparse rebels. His troops retreated, never to be seen for years. In revenge, the Haert came to one of the last surviving cities, Freespring. There he took the Parchments, papers that made up the core of the city, and dispersed them throughout the land, certain that Freespring would crumble. Then he returned to Wrodon to finish what he had begun: the Plague. Ten years later, spies from Freespring and other cities are hunting down the Parchments to prevent Freespring's ruin. When one of the papers falls into young Bryce's hands, he and his friends must journey to Freespring and beyond, to where their fate leads them. Chased by enemies, Bryce and his allies are burdened by another fear in their search for the Parchments: The Plague is finally arising. A story of magic, courage and exploration, Parchments is a great book for lovers of fantasy and adventure.
Toon meer Toon minder