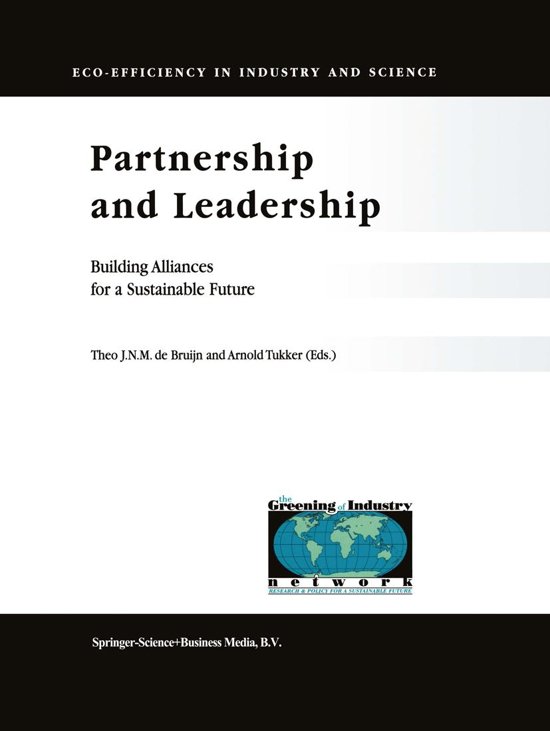 Sustainable development has become a central perspective in environmental strategies around the world. It is clear that neither governments nor businesses have the capability to bring about sustainability on their own. Therefore, collaboration has emerged as a central concept. At the same time it is obvious that someone has to take the lead in the development towards sustainability. This book focuses on different forms of collaboration emerging between various actors. The objective of the book is to more systematically explore the different roles and relationships between partnership and leadership.


Basically, both partnership and leadership can be seen in a positive and negative way: for example, as far as partnership is concerned, we can assume that the path towards sustainability can be paved by parties coming together, taking some initiative collaborating. On the opposite, partnership and consensus-based decisions can be seen as an obstacle to foster radical changes in production and consumption patterns. Similarly, leadership can be seen as an obstacle to sustainable development if leaders form close circles and are not willing to share experiences with other actors; but leadership could also be considered as an important element to keep concepts and practices forward. The book holds this double perspective: explaining, mapping and analyzing different goals/formats/methods of more and less collaborative approaches, but at the same time taking a critical approach to the theme by understanding related risks, effects, prospects and corrective actions.


Next to a conceptual part, the book brings together case-studies from around the world. The focus is in describing and understanding various formats of collaboration and critically evaluating its effects and prospects. A concluding chapter discusses the role of partnership and leadership in realizing various levels of environmental innovations: optimization and re-design, that usually affect only a small part of the production/consumption structure, and much more complicated, radical innovations that have to deal with societal (sub)systems.


The book is in part an edited version of selected papers presented during the 1998 Greening of Industry Conference in Rome on the subject, enriched with contributions of other invited authors.