Past and Present of Our Common School Education Reply to President B. A. Hinsdale, with a brief sketch of the history of elementary education in America 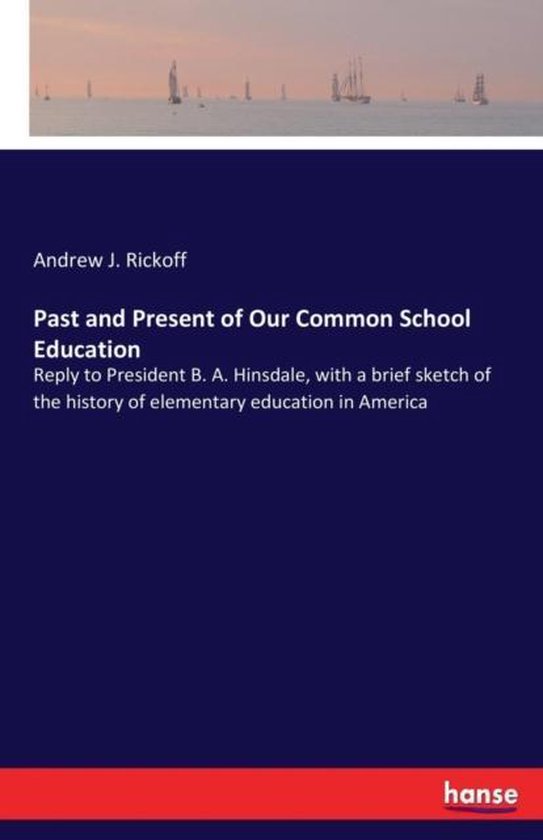 Excerpt from Past and Present of Our Common School Education: Reply to President B. A Hinsdale, With a Brief Sketch of the History of Elementary Education in America
It having been understood that President Hinsdale had some severe strictures to make concerning the graded common schools of the day, he was invited to read a paper on the subject at the meeting of this Association which was held December 9th, 1876. The address was listened to with great interest; and though there were few, if any, who adopted his views, a copy of the paper was solicited for publication. It was generally felt that the President had made the strongest possible presentation of the floating criticisms of the day; and the way in which it has been received by the public, proves that it is acceptable to those who hold views in anywise like his own. Certain it is, that his commentators have added little or nothing to his arguments or repertoire of facts to sustain the position which he has taken.
The delay of this reply has been attributed by some to that timidity which is naturally felt in attacking a strong antagonist; but it is believed that this paper will show that the natural advantage of our position is so great that it really requires no moral courage or forensic skill to defend it against any arguments that have been or may be brought against it The truth is, that I hesitated greatly to accept the duty imposed on me by the Executive Committee, because it seemed impossible for me to get the time necessary to make myself certain as to the facts involved in the discussion, and to prepare such a paper as might be acceptable to my highly respected associates. The result has proved that my apprehensions were correct. I have been unable to prepare my reply for the press till now - more than six months since its delivery.
Just here, and once for all, let me say that I shall aim to speak as an advocate for the best education of the people, and not as a partisan of the schools. I do not claim that the graded schools are perfect, or that they are as good as they can be made. It would be wonderful if mistakes were not made here as elsewhere in the affairs of men. I only claim that they are better than they have been at any previous period of their history, and what is still more encouraging, that they are rapidly improving. I might justly claim also that the improvement of the common schools and the establishment of the High and Normal Schools have been mighty incentives and aids to the improvement of private schools, academies and even colleges, but it is not necessary to raise that question here,
I do not wish to be understood to deny that there have been good schools in the past, for wherever there have been good school-masters there have been good schools. From the first there have been men in New England and in every State of the Union who have been good educators.
About the Publisher
Forgotten Books publishes hundreds of thousands of rare and classic books. Find more at www.forgottenbooks.com
This book is a reproduction of an important historical work. Forgotten Books uses state-of-the-art technology to digitally reconstruct the work, preserving the original format whilst repairing imperfections present in the aged copy. In rare cases, an imperfection in the original, such as a blemish or missing page, may be replicated in our edition. We do, however, repair the vast majority of imperfections successfully; any imperfections that remain are intentionally left to preserve the state of such historical works.
Toon meer Toon minder