Pay Attention to the Animals! The Animals of the Holy Scriptures 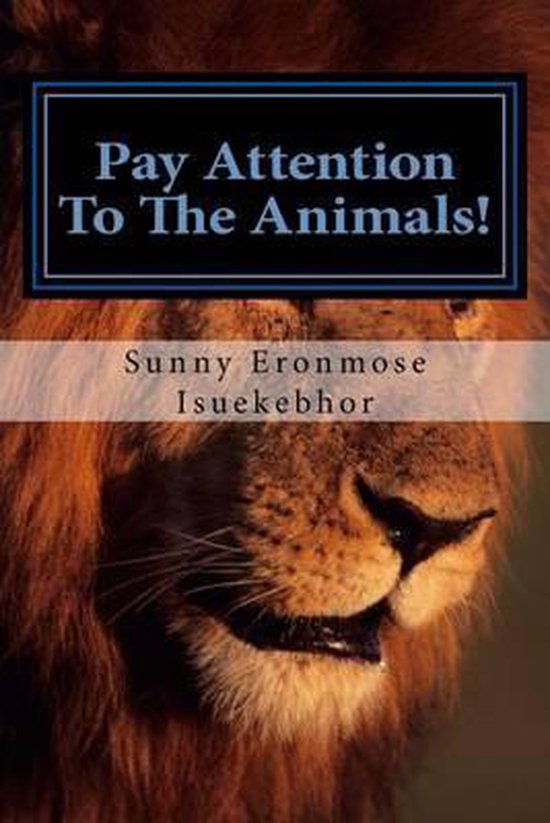 About twenty years ago, when I was trying to come to terms with the interpretation of portions of the Holy Scriptures, I learned that physical things help us understand spiritual things. For instance, we have eyes, and the Word of God tells us about the Eyes of the Lord running to and fro upon His earth; also there is the sun, a celestial body that humans, animals and plants cannot do without which never fails to rise and set daily all over the world, and our Lord Jesus is called the Sun of Righteousness. Physical things help us comprehend the spiritual and the animals of the Scriptures teach us invaluable lessons for living. Do you like animals? As for me, I do, but I certainly do not like all animals – for instance, I have no place in my world of likes for the Hyenas. Hyenas, I call them the thieves of the animal kingdom – those animals don’t like to hunt for prey but they like to eat like the best hunters in the wild; so they wait for lone predators to spend their precious time, skill and energy, hunting for prey; and once the kill is made, Hyenas come out in numbers, many times, outnumbering the hunter at a ratio of about seven to one and steal the prey to feed themselves. And when they eat the stolen food, they make the strangest of noises, laughing and shaking their heads with sounds that make me call them the demons of the wild. I do not have a pet – I used to dream of owning a lovely dog when I was a little boy, but as I grew up, I lost interest in having pets but I still have a strong admiration for dogs – dogs are amazing, and the level of their intelligence and response to training is phenomenal. You see, I like to watch crime stories on television, and when I see how brilliant dogs help police and law enforcement agents to track down the most chronic of criminals, I marvel. A man rapes a woman today, murders her and drives her car to a remote environment and abandons it there; the next day, the police arrive with a trained dog, they spot the handkerchief of the killer which he had unwittingly left behind as he fled the crime scene, the handkerchief is handed over to the officer dog, the smart animal smells it for a few seconds and traces the killer’s smell until they spot him hiding in a cabin two miles from the crime scene. Amazing! However, my favorite animal is the lion, which I call the king of the jungle, and if the lion is the king, then the lioness is the queen. Have you ever seen the head of a lion in motion, it is magnificent to say the least. That sight can strike fear unrehearsed into the heart of any mortal if one comes face to face with a lion; and yes it does strike fear into the eyes of any animal in any forest, and when you think that the roar or scream or growl of a lion can travel as far as about eleven kilometers or about eighteen miles, you get a better picture of the sheer power of the beast. I enjoy watching lions hunting for prey, whether the lionesses hunt in packs or a lone predator tracks prey for her mouth and the mouths of her curbs. Another animal that I truly admire is the elephant, the gentle giant of the wild forests – on the contrary, I absolutely hate serpents. In the scriptures, a lot of animals are mentioned and described. From the animals who came to Adam to get their names to the animals that were used for sacrifices unto the Creator under the Old Covenant, to the beasts in the Book of Revelation, some of the Revelation’s beasts being a combination of four or more different animals known to mortals. Not long ago, as I meditated on the Word, I realized that there are great lessons to earn from paying the price of time and taking detailed looks at the animals in the Bible and here is my take: the animals of the Holy Scriptures are used by the Spirit to teach us truths that we would never have learnt any other way – for there are no meaningless illustrations or connotations in the Word. And now it seems good to the Holy Ghost and to me to write this book
Toon meer Toon minder