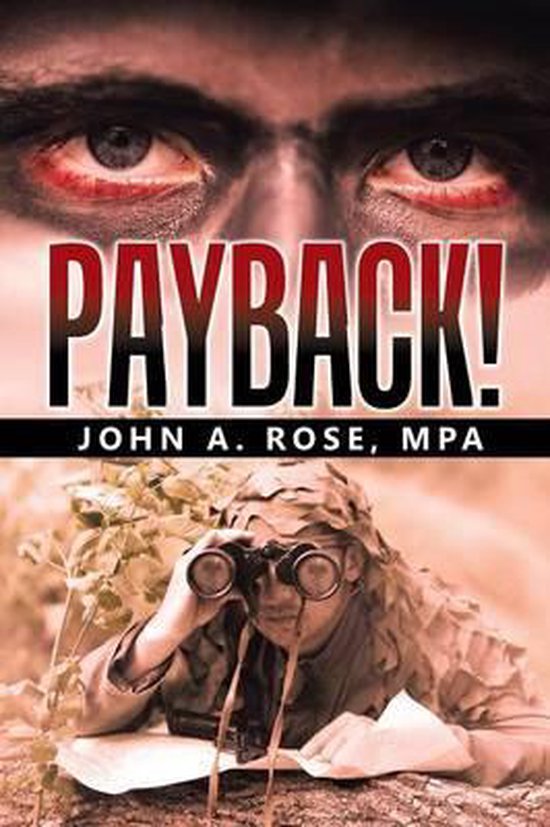 In Payback! Eric Esor, a former law enforcement agent, forensic specialist, and investigator, following serious on duty injuries, is forced to change careers. Eric learns that his sixteen year old adopted daughter, Briana, was raped by a person who prefers chubby girls. Brianas protection from the boogeyman is to be thin. She turns to an unhealthy peer group, an eating disorder, and experimenting with illegal methamphetamines. Briana is not forthcoming with the police or her parents about being raped, leaving Eric to use his investigative and forensic skills. For more than two years, Eric conducts a lonely hunt for his daughters rapist. His skills pay off but his efforts taint evidence so that it is useless in traditional jurisprudence. Eric Esor now must decide whether or not to become the antithesis of himself. Could he be the polar opposite of the good citizen, son, husband, father, provider, brother, socially active, and well-educated teacher? Eric must decide whether to be investigator, prosecutor, judge, jury, and perhaps executioner. In other words, should Eric Esor seek Payback? If so, how, when and where will he accomplish this? If he does, he will have to leave absolutely no trace behind in order to return to his normal life. The question to be answered in Payback! is, Is it a time to kill?