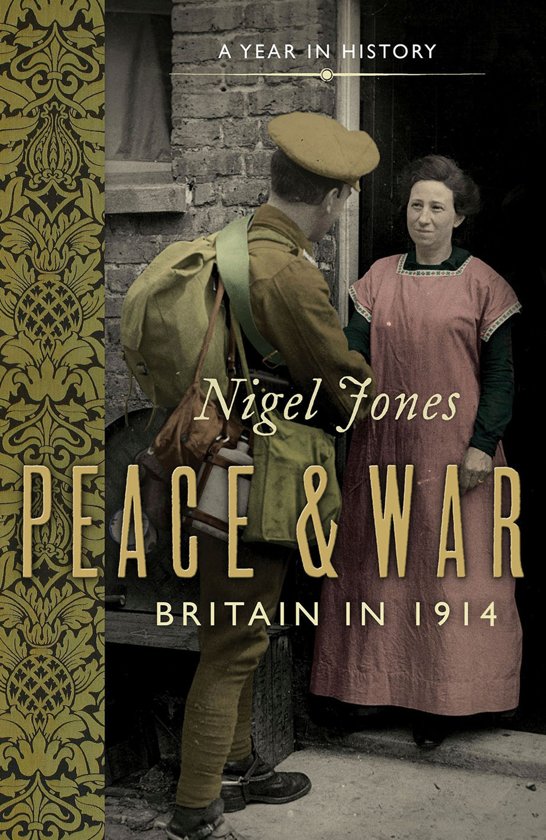 1914 dawned with Britain at peace, albeit troubled by faultlines within and threats without: Ireland trembled on the brink of civil war; suffragette agitation was assuming an ever more violent hue; and suspicions of Germany's ambitions bred a paranoia that was expressed in a rash of 'invasion scare' literature.


Then when shots rang out in Sara-jevo on 28 June, they set in train a tumble of diplomatic dominos that led to Britain declaring war on Germany.


Nigel Jones depicts every facet of a year that changed Britain for ever. From gun-running in Ulster to an attack by suffragettes on a Velasquez painting in the National Gallery; from the launch of HMHS Britannic to cricketer J.T. Hearne's 3000th first-class wicket; from the opening of London's first nightclub to the embarking for Belgium of the BEF, he traces the events of a momentous year from its benign domestic beginnings to its descent into the nightmare of European war.


Please note: This ebook is hand-crafted. Well not quite, but it is certainly a cut above the rest; great care has been taken to make sure it is both beautiful and highly functional.

'Jones paints a vivid portrait of a nation increasingly uneasy with itself and its place in the world as the storm clouds started to gather' Choice Magazine. 'This book captures a society on the edge and ready for change' Good Book Guide. 'Elegant and enjoyable ... A superb snapshot of Britain ... an outstanding introduction to the first year of the Great War' Irish Times. 'A fascinating introduction to the First World War ... a recommended read for anyone interested in discovering what life was really like for ordinary people at this time' Discover Your History. 'Excellent ... an exceedingly valuable history of the year as well as being a damned good read ... a brilliant primer for the First World War' The Army Review Service. 'A terrific account that makes a strong bid for inclusion in any collection' BBC History Magazine. 'Lavishly illustrated ... Jones has a hawk's eye for fascinating historical detail' Sunday Express.
Toon meer Toon minder