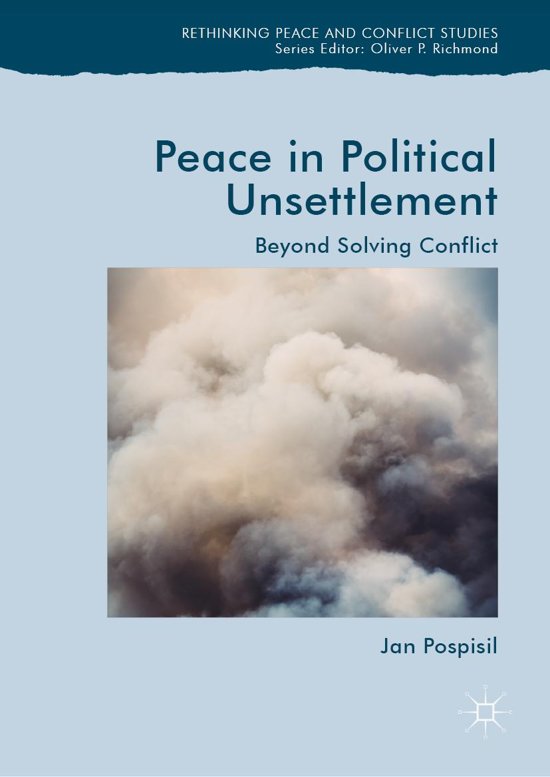 International peacebuilding has reached an impasse. Its lofty ambitions have resulted in at best middling success, punctuated by moments of outright failure. The discrediting of the term "liberal peacebuilding' has seen it evolve to respond to the numerous critiques. Notions such as "inclusive peace' merge the liberal paradigm with critical notions of context, and the need to refine practices to take account of "the local' or "complexity'. However, how this would translate into clear guidance for the practice of peacebuilding is unclear. Paradoxically, contemporary peacebuilding policy has reached an unprecedented level of vagueness. Peace in political unsettlement provides an alternative response rooted in a new discourse, which aims to speak both to the experience of working in peace process settings. It maps a new understanding of peace processes as institutionalising formalised political unsettlement and points out new ways of engaging with it. The book points to the ways in which peace processes institutionalise forms of disagreement, creating ongoing processes to manage it, rather than resolve it. It suggests a modest approach of providing "hooks' to future processes, maximising the use of creative non-solutions, and practices of disrelation, are discussed as pathways for pragmatic post-war transitions. It is only by understanding the nature and techniques of formalised political unsettlement that new constructive ways of engaging with it can be found.