Pegasus and the Rise of the Titans Book 5 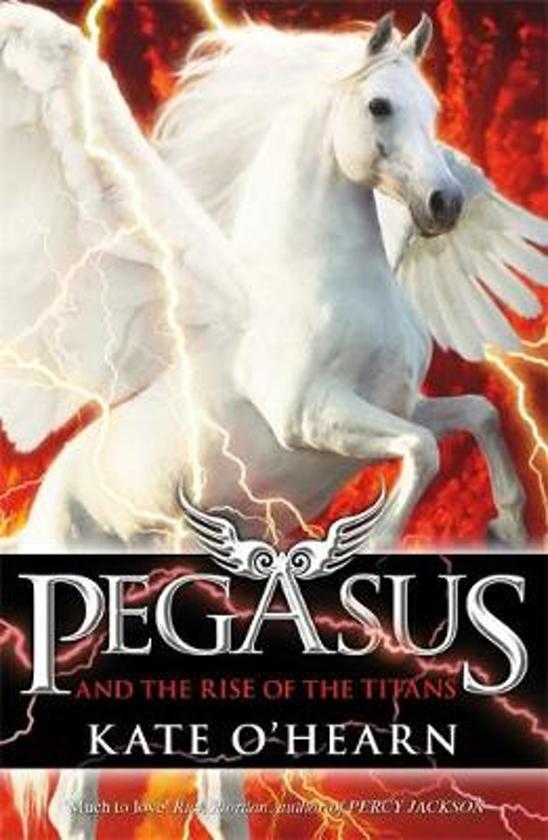 Join Emily and Pegasus as the legend continues in a new epic adventure ... The ancient rivalry between the Olympians and the Titans, thought long over, is rekindled - but this time the Titans have a secret weapon that can rival the power of the Flame of Olympus. The balance of power is tipped in Saturn's favour now that he has found his own Flame of Titus. Jupiter's Olympus will finally be in his grasp! Caught in the middle of this ancient power struggle, Emily and Pegasus must head to the Diamond Head volcano in Hawaii to track down the one thing that can save Olympus ... before the Titans get there first. Fans of Percy Jackson won't want to miss the Pegasus series by Kate O'Hearn. Have you read the rest of the series? Pegasus and the Flame, Pegasus and the Fight to Save Olympus, Pegasus and the New Olympians, Pegasus and the Origins of Olympus
Toon meer Toon minder

This exhilarating story captures the reader's interest from the opening interaction between Kira and her parents to the breathless conclusion. * VOYA * This is a fine tale of high fantasy ... catches your imagination and heart. * Kiss the Book * ... packed with action * Carousel * an action packed, gripping adventure story bringing the world of fantasy directly to a young female readership. Kate O'Hearn is perhaps the Anne McAffrey for the twenty-first century. * School Librarian * an exciting, fast-paced adventure filled with strong female protagonists. * School Librarian * PRAISE FOR SHADOW OF THE DRAGON: 'Great characters, good comedy, action, adventure and dragons. What more could a young fantasy fan ask for?' * The Bookbag * A magical and mighty read befitting a story set in the world of the gods ... A richly imagined adventure that blends myth and reality into a story of heroics and heroism. * Julia Eccleshare, LoveReading4kids * has really captured readers' imaginations * The Bookseller * Anyone who enjoys Greek mythology will find much to love in Pegasus and the Flame. Kate O'Hearn serves up a winning mix of modern adventure and classic fantasy. * Rick Riordan, author of the Percy Jackson series *
Toon meer Toon minder