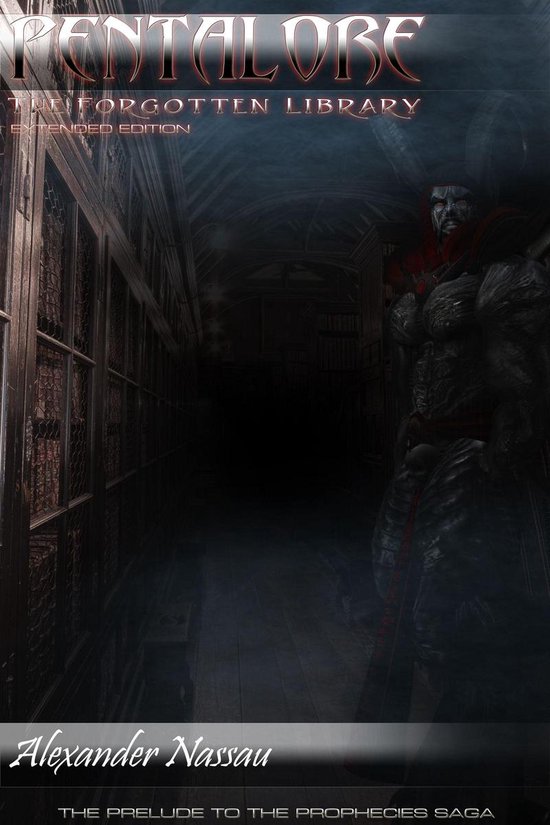 ''Deep in the heart of Medieval City of Chester, down a dark back alley, hidden by the most obscure entry, is a crack in an ancient stone wall. Beyond that crack is a dark and dusty gallery of books, the memories of an alternative history best forgotten by the human world.

It would be a summer holiday Marcus Knort would never forget as one day he decides to follow his secretive best friend down a street he had never seen, disappearing through a crack in an ancient wall, finding himself confronted with the Forgotten Library and its imprisoned curator.

Offering fantastical tales of heroism, tragedy and the unique perspective only its demonic curator could give, Marcus and Dee barter stories from the Library's guardian and learn what they knew of the world, may not be what they were taught in school.''


The Forgotten Library is the prelude to the Pentalore series offering a unique glimpse in to a twisted and strange history. For two young children, they find themselves of an adventure spanning thousands of years as they learn the secrets of the Library from its immortal imprisoned curator, Biferus, a wise scientist and scholar who has been forced to maintain this vault of forbidden knowledge.

Exchanging boiled sweets and treats from their world, join the beginning of their journey with strange twists on familiar stories as they come to realise the world is far stranger than you could imagine and that demons are not only real, but walk amongst us and they are not what we think.

The Forgotten Library is now in its Second Extended Edition with nearly 30,000 words of new content, heavily reworked and revised. Taking the original story this reworked edition adds four new stories to the collection as well as an extended ending and a new Epilogue.