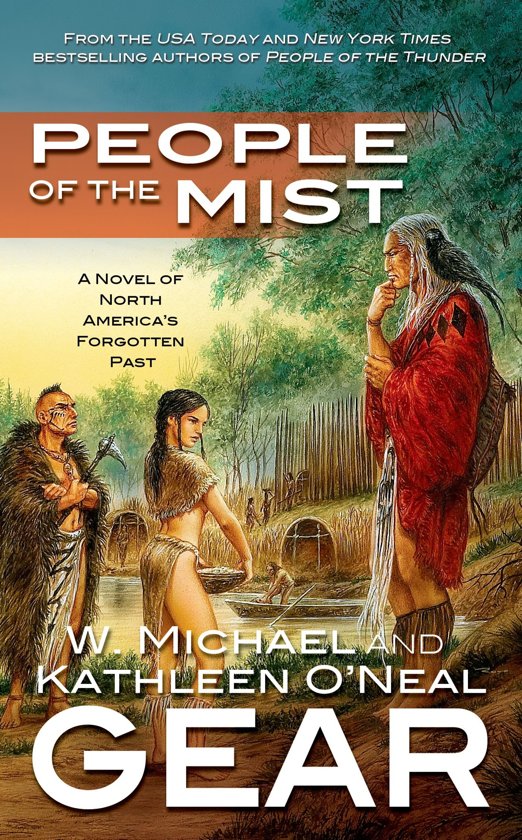 With People of the Mist, bestselling authors W. Michael Gear and Kathleen O'Neal Gear take us to the Chesapeake Bay of six hundred years ago, when the unprovoked and brutal murder of a young woman on the eve of her wedding threatens to turn the entire Algonquin Nation against itself in a brutal war that could destroy them as a people.


No ordinary woman, Red Knot was the heir to the Greenstone Clan and the future leader of the independent villages. Her death has shattered all alliances and left a power void that several ambitious clan chiefs see as their destiny to fill. The very air vibrates with the drums and war cries of the rallying warriors.

Into the eye of this brewing storm steps the bitter old man they call The Panther. Feared as a sorcerer, The Panther is the only one with the power to demand to be heard by all. But as he digs deeper into the ever-thickening web of lies surrounding the murder, and uncovers darker, more deeply rooted secrets, he fears there may be no words to stop the impending bloodshed.