Persian Fairy Tales for Children Illustrated The Cat and the Mouse. the Son of the Soap Seller. the King's Treasure. the King and the Fisherman. 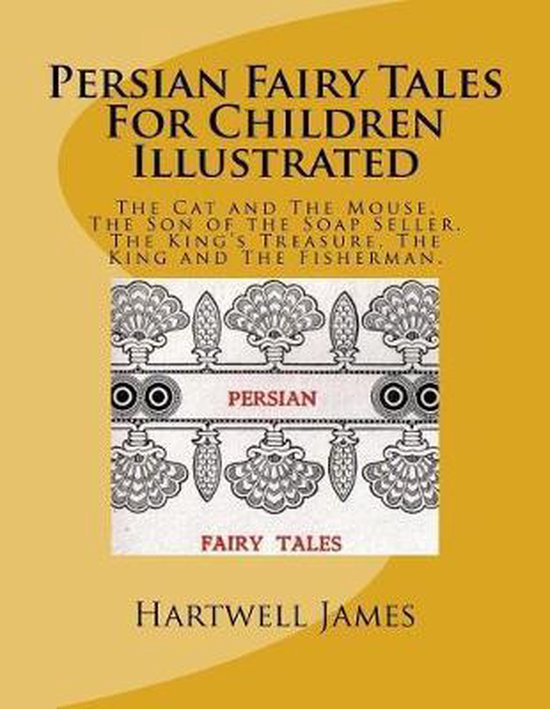 CONTENTS:The Cat and The MouseThe Son of the Soap SellerThe King's TreasureThe King and The FishermanINTRODUCTIONThe stories collected in this volume have been selected from many sources, because in the judgment of the editor, they are sound pieces of writing, wholesome in tone, varied in interest and style, and interesting. It is his hope that they will not only furnish good reading, but that they will suggest the kind of reading in this field that should be within the reach of children.Children ought to have stories at hand precisely as they ought to have food, toys, games, playgrounds, because stories meet one of the normal needs of their natures. But these stories, like the food given to the body, ought to be intelligently selected, not only for their quality but for their adaptation. There are many good books which ought not to be in the hands of children because children have not had the experience which interprets them; they will either fail to understand, or if they understand, they will suffer a sudden forcing of growth in the knowledge of life which is always unwholesome.The fairy tale belongs to the child and ought always to be within his reach, not only because it is his special literary form and his nature craves it, but because it is one of the most vital of the textbooks offered to him in the school of life.As a class, children not only possess the faculty of imagination, but are very largely occupied with it during the most sensitive and formative years, and those who lack it are brought under its spell by their fellows. They do not accurately distinguish between the actual and the imaginary, and they live at ease in a world out of which paths run in every direction into wonderland.Persia is rich in folk lore. For hundreds and hundreds of years the stories in this book, and many others as well, have been told to the wondering boys and girls of that country, who, as they hear them, picture their native land as one of roses and tulips, where beautiful fairies build their castles in the rosy morn, and black gnomes fly around in the darkness of midnight.A land, too, where the sun gleams like a fire above the blue mountains, and the water lilies are mirrored in the deep lakes. A land where the eyes of the tigers gleam through the reeds by the riverside, and dark-eyed, sunburned people are quick to love and quick to hate.The belief in the ''Ghool,'' or ''Old Man of the Desert,'' is still prevalent in Persia, which probably accounts for the popularity of the story of ''The Son of the Soap Seller.'' The other stories selected for this volume are great favourites, but the story of ''The Cat and the Mouse'' is perhaps the most popular of all.''Two friends on one carpet may with contentment sleep;Two monarchs in one kingdom the peace can never keep.While earth revolves, and little children play,Cats over mice will always hold the sway.''
Toon meer Toon minder