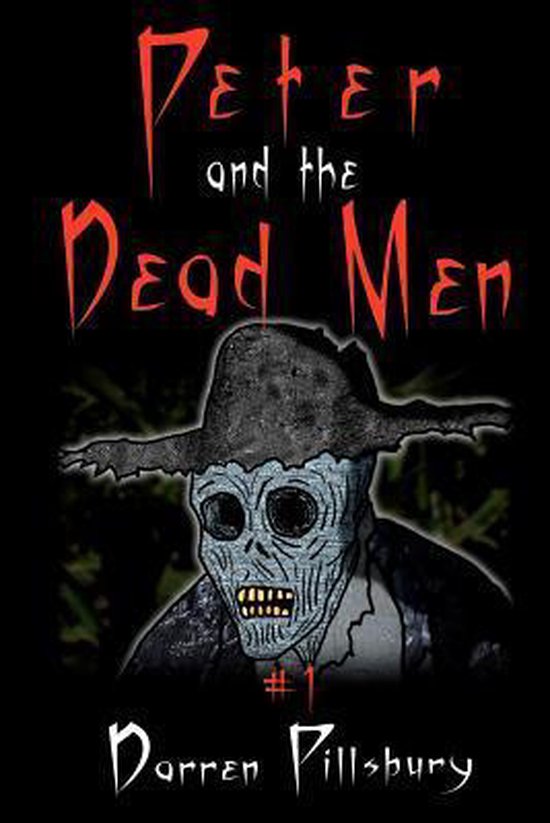 Peter And The Dead Men - the first book in the Young Adult horror series, PETER AND THE MONSTERS!When ten-year-old Peter moves into his grandfather’s creepy old mansion, bad, baaaaad things start to happen.Like finding a dead man in the garden patch.Who’s still alive.With the help of the troublemaking kid next door, Peter journeys deep into the woods to discover the secret horror that has plagued his family for centuries…and now threatens to kill them all.Here’s what readers are saying about the PETER AND THE MONSTER series!“I was not sure what to expect by this book so I opened it with an open mind. I was hooked by page 2!...This is a Young Adult book but trust me, adults will enjoy it just as much, maybe even more. Normally I don't read or enjoy YA but I devoured this and want more! Highly recommended.” – SenoraG“I loved reading this book. It's got everything you could want, lovely, lovely characters, humor, great writing, some dead things that go bump in the night… It's been a long, long while since I've had this much fun reading a novel; I felt like a kid, and I loved every minute of it.” – L.E. Olteano – Butterfly-o-meter BooksExcerpt from Peter And The Dead Men:In the dim glow of the flashlight, Peter saw the hand that was picking up the last tomato. The hand was black, too.But not African-American. Back in California, Peter had lots of friends at school who were black. Next door in his apartment building, there had lived a friendly man from Nigeria who was darker than anybody else Peter had ever seen in his life.But even he wasn’t this dark.Black, like ink. Like outer space, between the stars.And the hand was too skinny for a grown man. It looked like a claw or a skeleton’s hand, but charred and cracked. Like the ashes of a log after the fire has died out. That’s when he realized the clothes and the hat weren’t black, either. Not originally.They were burned. The man had been burned to a crisp.He must’ve died. No human being could look like that and still be alive.But he was moving. His arm was moving.The blackened claw gripped the last tomato…then paused.The hat tilted up and the face looked into the light.What was left of a face.No ears, no nose, no hair.No eyes. Just gaping holes.It was more of a skull than a face, but black and charred. There was skin still left that covered most of the head and hid a lot of the teeth. But the skin looked like leather that somebody had roasted on a fire until it was shriveled as a burned raisin. The lips were gone, and had pulled away from the yellowed teeth in a permanent sneer.The thing looked at Peter with its empty sockets.Then it lunged at him.
Toon meer Toon minder