Piano Works, The Gift Of Song/Winte 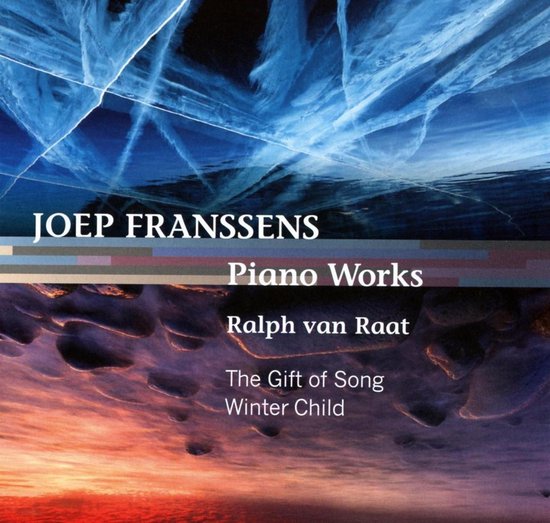 Piano Works, The Gift Of Song/Winte is een cd van Van Raat RalphMusical structures have become typical for the monumental style of Joep Franssens. The titles of his early works, such as the piano work Between the Beats (1979) and the orchestral works Echos (1983) and Phasing (1985), already reveal a systematic construction of earthly elements in his music. All of these pieces last more than twenty minutes and are characteristically grand and rich in sound. The candid titles of his recent compositions reveal the intensifying sacred character of his pieces, like the orchestral work Sanctus (1996), the orchestral diptych Bridge of Dawn (1999), and the successful choir-cycle Harmony of the Spheres (2001). Franssens identifies himself not so much with any specific religious tradition, but instead operates from his own inner religious experience. In fact, a lot of his music is based on unexpected and unnoticeable, but meticulous, earthly structural principles. These compositional structures give the music its specific ritualistic character through its consequent and gradually unraveling fashion.

The Gift of Song (1994) for two pianos can be seen as one of the most characteristic works of Joep Franssens. Within it, all the elements that make his musical language so unique can be heard. The first and perhaps most striking element is the work’s length: with a duration of almost fifty minutes, this piece could obtain its significant position within the existing repertoire almost by sheer stamina alone.

Winterchild (1996) is of a completely different character, though no less typical of Joep Franssens. Possibly one of the most personal and autobiographical compositions in his oeuvre, this work seems, despite its very tight tonal structure, to lack any rigid constructivist principles.