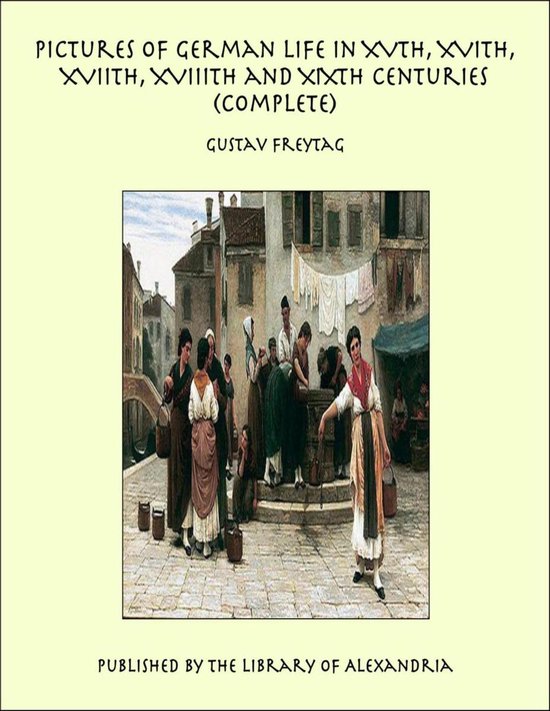 The Man and the Nation! The course of life of a nation consists in the ceaseless working of the individual on the collective people, and the people on the individual. The greater the vigour, diversity, and originality with which individuals develop their human power, the more capable they are of conducing to the benefit of the whole body; and the more powerful the influence which the life of the nation exercises on the individual, the more secure is the basis for the free development of the man. The productive power of man expresses itself in endless directions, but the perfection of all powers is the political development of the individual, and of the nation through the State. The mind, the spirit, and the character are influenced and directed by the political life of the State, and the share which the individual has in the State is to him the highest source of honour and manly happiness. If in the time of our fathers and grandfathers the German contemplated his own position among other men, he might well question whether his life was poor or rich, whether hope or sorrow predominated; for his earthly position was in every way peculiar. Whilst he felt with pleasure that he was in the enjoyment of a free and refined cultivation, he was daily oppressed by the harsh despotism, or the weak insignificance of his State, in which he lived as a stranger without the protection of the law; he looked with pride on the gigantic workings of German science, but he perceived, with bitter sorrow, that millions of his countrymen were separated by a deep chasm from the highest results of scientific labour. He found himself amidst the working of a popular energy, which ventured with heroic courage on the boldest conclusions in the realm of mind; and, on the other hand, saw around him narrow-hearted obstinacy, where simple and close results ought to have been the aim. He felt with thousands an eager desire for an object of life which would exalt and animate him, and again he found himself surrounded and shackled by narrow-mindedness and by provincial and local exclusiveness. Whoever should thus feel, may well inquire whether we Germans are old or young, whether it is destined by fate that the German nature should only find expression in the individual virtuosoship of art and science, or whether an harmonious development of the nation in its practical and ideal tendencies, in labour and enjoyment. State, church, science, art, and industry, lies before us in the future: whether we shall ever again, as members of a great State, play the part of masters in Europe, which old records inform us our ancestors, in remote ages, won by their swords and the energy of their natures. There is still a time in our memory when hope was so faint, that one may be excused for giving a doubtful answer to such questions. After the War of Freedom, the decay of the old method of culture became the characteristic of the time; but we now approach, with youthful vigour, new ideas and an energetic will, to a new and higher climax. In the characters of that past time we find, only too frequently, isolation, hopelessness, and deficiency in political morality; in the new time we have a sharper vision, a higher interest for the nation as a whole, and a power of viewing things in a practical light which makes us feel the need of close union between all of like mind. The realism, which is called, either in praise or blame, the stamp of the present time, is in art, science, and faith, as in the State, nothing but the first step in the cultivation of the rising generation, which endeavours to spiritualise the details of present life in all directions, in order to give a new tendency to the spirit