Pieces Of Intelligence The Existential Poetry Of Donald H. Rumsfeld 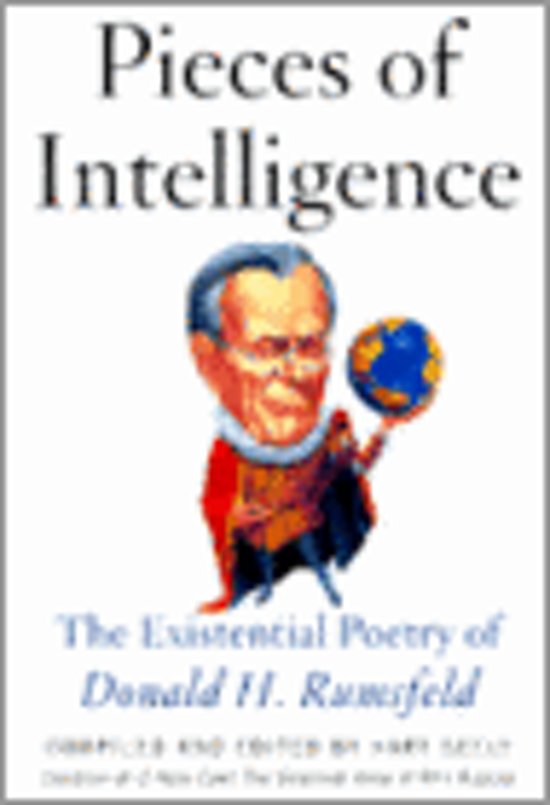 Until now, the poetry of Secretary of Defense Donald Rumsfeld has been hidden, "embedded" within comments made at press briefings and in interviews. His preferred medium is the spoken word, and his audience has been limited to hard-bitten reporters and hard-core watchers of C-SPAN.
Just as The Iliad and The Odyssey were spoken aloud by many bards, in many variations, before Homer captured them on paper, the Rumsfeld improvisations have finally met up with their perfect editor/enabler. Hart Seely, coeditor of O Holy Cow! The Selected Verse of Phil Rizzuto, uncovers the gems hidden within hundreds of hours of Rumsfeld commentary, in the form of Zen verse, haiku, sonnets, lyric poetry, and free verse. In addition, Seely's sharp sleuthing has uncovered two thematic collections: Rumsfeld's Songs of Myself, and Nine Poems on the Media.
The result is a hilarious and irreverently revealing book both by and about one of the world's most powerful men.
Toon meer Toon minder