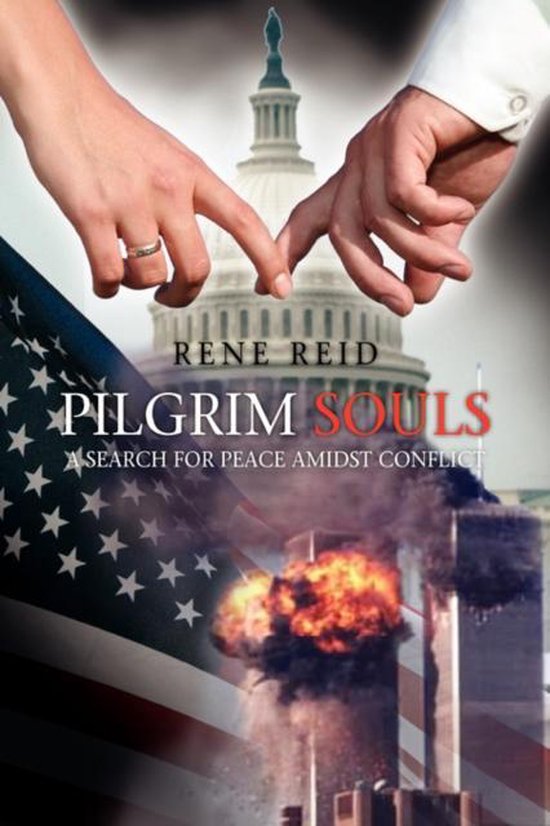 A fictional love story set amidst the shocking reality of 9/11, this narrative parallels the plight of America as it searches for solutions to a senseless and ill-conceived war with a couple struggling to work through their own personal conflicts. A love story set against one of the greatest tragedies in U.S. history, "Pilgrim Souls" beautifully shows how understanding the other side is an essential step toward healing rifts between individuals as well as nations. "I found this fictional story to have the depth to make anyone relate to the facts on one of the great tragedies in U.S. history. Very convincing and devastating to America's image as the beacon of democracy." Major General Antonio Taguba, the Army general whose report on his investigation into the Abu Ghraib prison abuse created worldwide outcry. "Pilgrim Souls" opens with the tragic scene of two airplanes flying into the North and South Towers of the World Trade Center on September 11, 2001. Through two brothers, one the Attorney General of California and the other a staff member in the office of the U.S. Secretary of State in Washington, the narrative weaves together many of the facts that Americans experienced before and after this terrorist attack: the un-preparedness of the intelligence agencies before the attack on the World Trade Center; the determination of the Bush administration to rearrange the map of the Middle East; the manipulation of the CIA who were ordered to find a reason to go into Iraq; the op-ed article released by Ambassador Joseph Wilson attacking President Bush for using the infamous Niger Report as a justification for the war; the retaliation of the administration by leaking the identity of Wilson's wife, Valerie Plame, as a CIA agent; and the inhumane treatment of the detainees in Abu Ghraib. The story ties together these separate but related issues in a compelling narrative that offers a general understanding of what happened behind the scenes in the lead up to the Iraqi war. Ultimately, through interviews with international experts, the brothers create a new diplomatic foreign policy for the next presidential administration that would open the way to more peaceful solutions to world relations. Running parallel to this is the more intimate story of Attorney General Kyle Anderson and his partner, Jenny Roberts, a couple deeply in love but struggling to find harmony amidst their differing views toward their relationship. Recently divorced after a twenty-year marriage, Kyle wants a traditional marriage with the woman he loves. It seems a simple enough aspiration except for the fact that he falls in love with Jenny, who after being widowed and divorced, is more interested in having a life partner than in getting married again. Both the personal and global situations appear hopeless until changes begin to take place both in Washington politics and in the hero and heroine. Even though the events after 9/11 leave the couple separated by their individual journeys-both emotionally and physically-their undeniable bond remains strong. Jenny begins methodically to look inside of herself to discover her part in preventing their finding a compromise to their differences. Kyle steps down from his position in public office, leaves California, and goes to work in Washington as the president of the U.S. Institute of Peace. In his effort to work with his brother toward a new and better foreign policy, Kyle begins to discover the similarities between the necessary steps for international peace and for interpersonal peace. The key to both is understanding - delving deeply to gain awareness of what drove the other side to such extreme measures and accepting some responsibility for what caused the conflict in the first place. Years later, Kyle is able to own his part in the fallout with Jenny. But she has vanished and left him with nothing but memories. Now he will risk everything to find her. This book is the spiritual journey o
Toon meer Toon minder