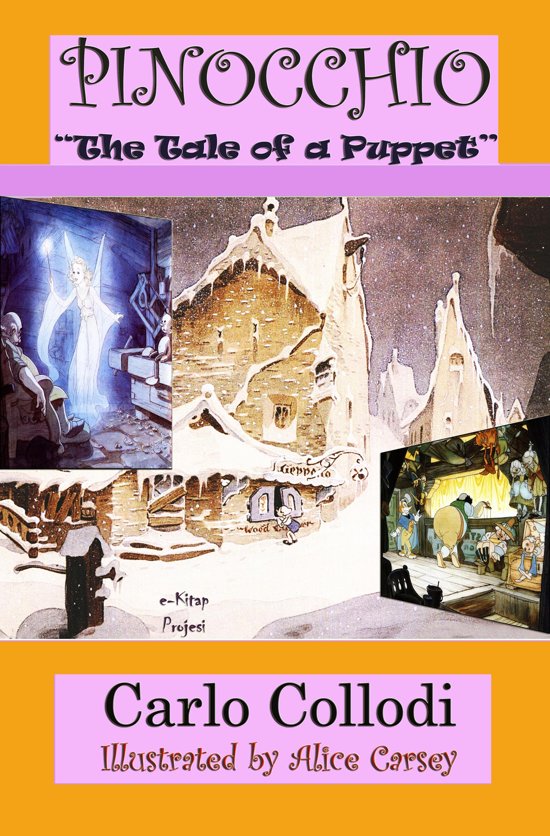 There was once upon a time a piece of wood in the shop of an old carpenter named Master Antonio. Everybody, however, called him Master Cherry, on account of the end of his nose, which was always as red and polished as a ripe cherry.


No sooner had Master Cherry set eyes on the piece of wood than his face beamed with delight, and, rubbing his hands together with satisfaction, he said softly to himself:


''This wood has come at the right moment; it will just do to make the leg of a little table.''

He immediately took a sharp axe with which to remove the bark and the rough surface, but just as he was going to give the first stroke he heard a very small voice say implor-ingly, ''Do not strike me so hard!''