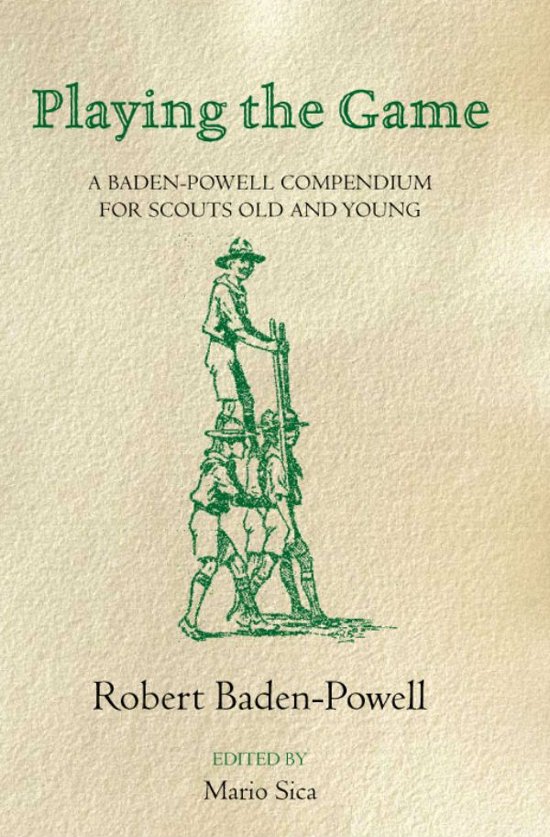 2007 sees the centenary of scouting and the 150th anniversary of the birth of its founder, Robert Baden-Powell. Playing the Game marks these two key anniversaries and the year-long international celebration of scouting. Drawing on Baden-Powell's extensive archive, it is a rich and evocative selection of his writings, on peace - a major theme throughout his career and the theme of the centenary celebrations, on his own life, from his wonderfull idiosyncratic anecdotal autobiography and includes a healthy sprinkling of some of BP's more memorable aphorisms, such as 'I don't mind confessing I have a weakness for hippos' and 'The man who holds the average boy's attention for more than seven minutes is a genius', not to mention 'Knowledge without character is mere pie-crust'.Imbued with a strong sense of the splendour and the old-school Empire feel of Baden-Powell's work, Playing the Game offers a dazzling window into a world that's gone, but whose legacy remains alive, not least in the 28 million members of the Scouts Association.
Toon meer Toon minder