Pocket Posh Sudoku and Beyond 5 100 Puzzles 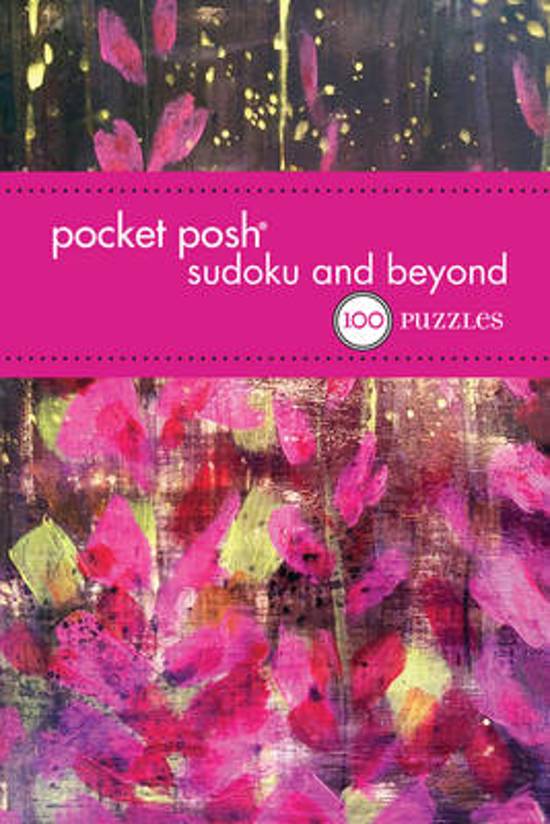 In Pocket Posh Sudoku and Beyond 5we present a new 100-puzzle assortment of traditional Sudoku puzzles including Killer Sudoku, Futoshiki, and Kakuro, and exciting variations including Sujiko, Suko, Tatami, Stars, Noughts and Crosses, Shikaku, Hidoku, Katachi, Cell Block, and Suguru. Suko is similar to Killer Sudoku, placing digits 1 through 9 in cells in such a way that the sums in overlapping quadrants equal given numbers; in Tatami you fill the grid with the numbers one through four so that they appear twice in each row and column; with Stars you place two stars in each row, column, and outlined area; Noughts and Crosses, put a nought or cross to fill the grid; Suguru, each cell in an outlined block must contain the numbers equal to the number of cells and the same digit must not appear in neighbouring cells. In Shikaku one has to divide the grid into blocks that are either square or rectangular. Each block must contain the same amount of cells as the number it frames.
Toon meer Toon minder