Poetic Madness And The Romantic Imagination 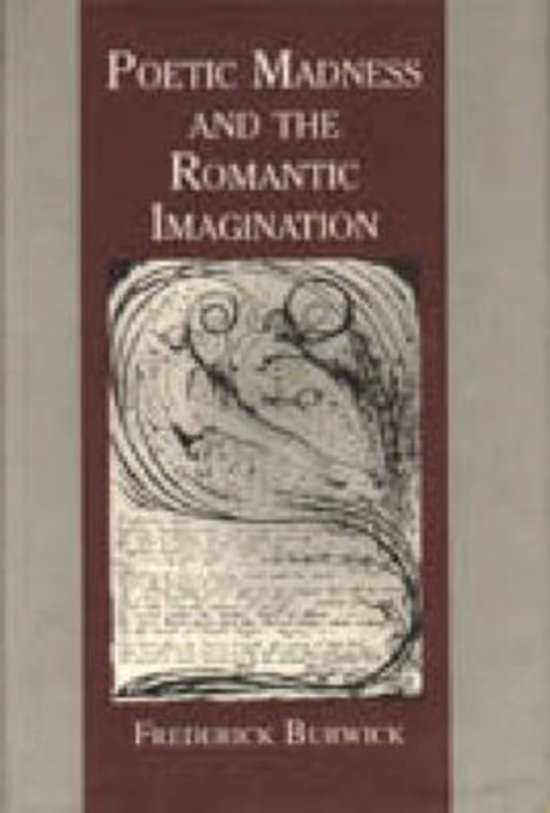 Using as his starting point the historical notion that poets may be, at least in moments of inspiration, "out of their senses," Frederick Burwick here explores the theoretical implications of inspiration as furor poeticus, particularly as that concept was presented during the latter eighteenth and early nineteenth centuries. Drawing on social and medical attitudes toward madness and the so-called poetic rapture, Burwick addresses the appeal to poetic madness in critical theory, the thematization of the mad poet in literature, and the reception of mad poets.
With a mad king on the throne of England, mad prophets in the marketplace, and mad poets in their midst, many writers of this period, not surprisingly, used their fiction to explore the conditions of madness. In discussing the mad poet as a character in Romantic literature, Burwick examines the reception and representation of the Italian poet Torquato Tasso in Goethe's play and in the poetry and criticism of the Schlegels, Byton, Shelley, Peacock, and Hazlitt. In his commentary on narratives of madness, Burwick discusses Nodier's Jean-Francois les bas-bleus, Hoffmann's Der Goldne Topf, Shelley's Julian and Maddalo, and Blake's account of the struggle between Los and Urizen. The final section interprets the visual strategies adopted by Holderlin, Nerval, and Clare in relating their visionary experiences.
Toon meer Toon minder