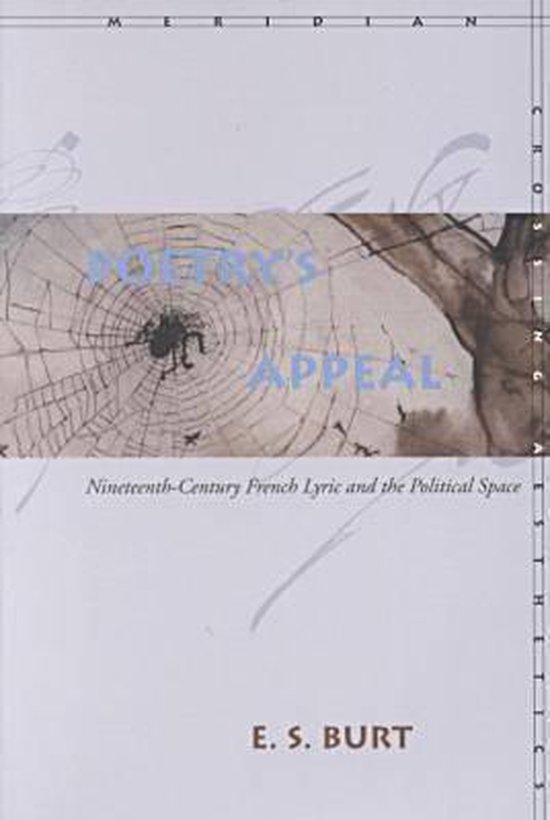 Socrates banished poetry from the ideal republic, adopting the philosophical position that poetic language operates outside the conventions of public discourse and is private in expression. But what does the banished language of poetry say about its relation to public space? Is it possible to draw a line severing the language of beauty from the language of truth? Derrida asks whether the line ought rather to pass between Western metaphysics, with its logic of polar opposites, and another way that does not organize everything in oppositional terms. The verbal economy organized around the poem as inscription, for instance, fits awkwardly with a division between a public discourse under the aegis of truth and a private one regulated by aesthetic pleasure. Poetry's Appeal takes the reemergence of a viable poetry in the politicized culture of revolutionary and post-revolutionary France as a signal that poetry's sentence of exile from the public arena is unresolved. It finds that poetry addresses history and the political through a disjunction between its illusory status as a song of private, lyrical intent and its actual state as a material inscription, inevitably public in character. The book confronts several issues raised by the gap between poetry's aesthetic status and its material state. It shows that this gap allows poetry to make a strong critique of symbols as weapons for waging ideological warfare. As lyric, a poem naturalizes linguistic structures whose artificiality, as inscription, it makes manifest. Inscription thus enables the poem to act subversively against the ideology it supposedly supports. Furthermore, the chances and economies of the letter, the mark, and the page can have productive, positing power in poetry. The author argues that the zones and pockets that emerge thanks to nonsignifying elements of language have analogies for reading the city space. In chapters on Chenier, Hugo, Baudelaire, Mallarme, and Valery, the book details some of the struggles between the ideological and material sides of poetry with the nineteenth-century remappings of political space: memory and the archive, the censorship of material history, the propping of founding performatives, the legibility of founding texts, the need to redefine action where technique is productive, and the recognition and assimilation of zones owed to technique.
Toon meer Toon minder