Poison Blossoms From a Thicket of Thorn 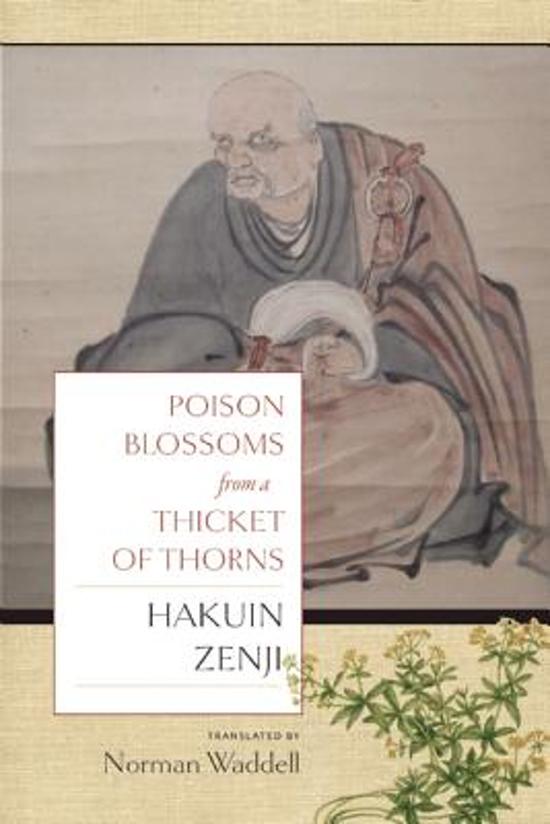 Hakuin Ekaku Zenji (1686-1769) was one of the greatest Zen masters ever to live. Originator of the famous koan “What is the sound of a single hand?" he is credited with reviving the Rinzai sect of Zen in Japan, and today all masters of that sect trace their lineage back to him. Through his numerous descendants, his influence is now felt worldwide, with his “Song of Zazen" chanted daily in temples around the globe.

Norman Waddell has spent decades reading and translating Hakuin's vast writings. He has published several previous selections, all leading to his work on this monumental gathering, the Keiso Dokuzui, little known in Japan and never before translated into any foreign language. Interpreting such a text requires immersion in the material in its original language, as well as complete mastery of the available commentary. Probably no one alive is as fully prepared for this important and difficult task as Dr. Waddell.

For this collection, Hakuin gathered together an enormous number and variety of pieces—commentaries, memorials, poems, koans, teisho (lectures), letters, and more. Having presented many of them live to the throng of students residing in and around his temple as well as to other audiences around the country,
Toon meer Toon minder

Poison Blossoms from a Thicket of Thorn is an authoritative volume translated from Japanese by Norman Waddell; an essential set of texts from the great master Hakuin Ekaku (1685-1769). Hakuin's tireless teaching and writing reinvigorated the ancient Rinzai line of Zen from China which is now a world-wide force. This book serves to illuminates his dry, edgy, practical and often funny way of teaching Zen in the contemporary world. � Gary Snyder