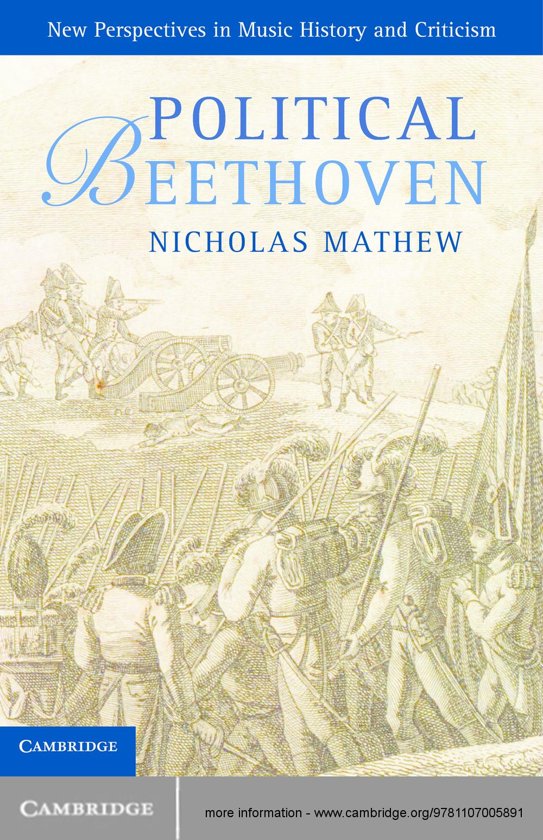 Musicians, music lovers and music critics have typically considered Beethoven's overtly political music as an aberration; at best, it is merely notorious, at worst, it is denigrated and ignored. In Political Beethoven, Nicholas Mathew returns to the musical and social contexts of the composer's political music throughout his career - from the early marches and anti-French war songs of the 1790s to the grand orchestral and choral works for the Congress of Vienna - to argue that this marginalized functional art has much to teach us about the lofty Beethovenian sounds that came to define serious music in the nineteenth century. Beethoven's much-maligned political compositions, Mathew shows, lead us into the intricate political and aesthetic contexts that shaped all of his oeuvre, thus revealing the stylistic, ideological and psycho-social mechanisms that gave Beethoven's music such a powerful voice - a voice susceptible to repeated political appropriation, even to the present day.