Political Myths in the Former Yugoslavia and Successor States. a Shared Narrative a shared narrative 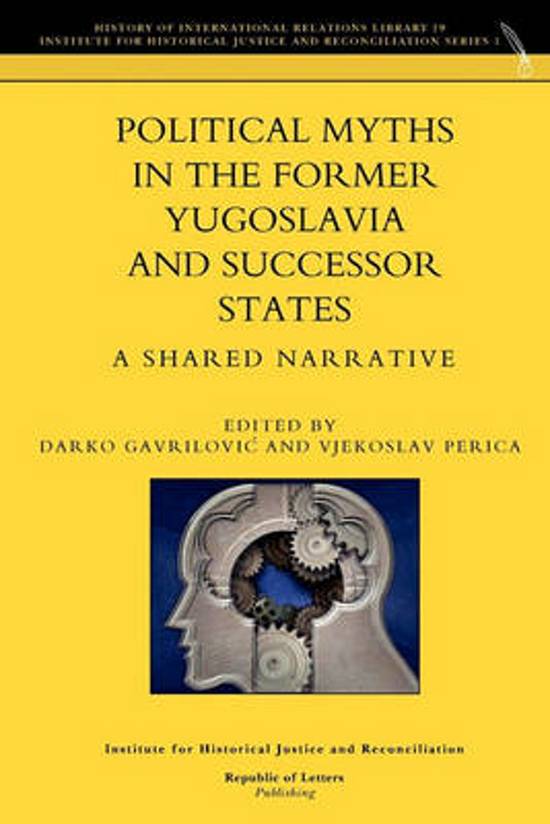 Political Myths in the Former Yugoslavia and Successor States explores and deconstructs various political myths and counter-myths that continue to threaten the processes of reconciliation in the region of the former Yugoslavia. The authors show a mutually dynamic interaction between mythology and politics throughout the 20th century. A wide variety of myths are identified, such as "Yugonostalgia," the mythologization of mass graves and deceased persons and the impact of the International Criminal Tribunal for the former Yugoslavia on nationalist mythmaking. This work offers the reader a multi-national and multi-ethnic shared perspective on the origins, evolution and influence of myths on political discourse. Extra: This work was one of the components of a broader research and shared narrative program entitled "Facing the Past - Searching for the Future" initiated by the Institute for Historical Justice and Reconciliation (The Hague, The Netherlands) and the Center for History, Democracy and Reconciliation (Novi Sad, Serbia). Table of Contents Table of Contents List of Abbreviations Acknowledgements Contributors Foreword by Richard J. Goldstone Introduction Myths, Political Mythologies and Nationalism Ethnogenesis Myths A Post-Communist Serbo-Russian Romance: Eastern Relic of The Pan-Slavic Myth Myths About Borders Myths About World War II And The Socialist Era Ethnic Diaspora as Politcial Actor And National Myth Myths and Countermyths And The Incorporation Of Myth Into New National Ideologies The Mythologization of Mass Graves and Deceased Persons Nostalgic/Patriotic Mythology after Yugoslavia The Impact of The Hague War Crimes Tribunal on Nationalist Politics, Mythmaking and Transition Recommendations on Conflict Management in Southeastern Europe Biographies Bibliography Index About the Author(s)/Editor(s) Vjekoslav Perica is a Professor of History at the University of Rijeka, Croatia. He obtained a PhD in History from the University of Minnesota Twin Cities, USA in 1998. He is the author of Balkan Idols. Religion and Nationalism in Yugoslav States (New York, 2002; Belgrade, 2006) and most recently, Saint Sava's and Saint Peter's Churches in Split: Sacred Symbols as Metaphors of Historical Changes (Belgrade, 2009). Darko Gavrilovi is a Professor of History at universities in Bosnia and Serbia. He is the Director of the Centre for History, Democracy and Reconciliation. He is an editor of the journals Shared History and Culture of Polis and the author of several books, including The Fields of the Serbian Medieval Culture, The Light and the Darkness of the Modern World, 1775-2000, The Strikes of Destiny - Political Myths in the 20th Century, In the Mainstream of the Nationalism, The Image of Jesus in the History of Culture (Novi Sad, 2009) and most recently, The Prisoners of the Myths of Nationalism and Communism."
Toon meer Toon minder