Pop Music And The Press 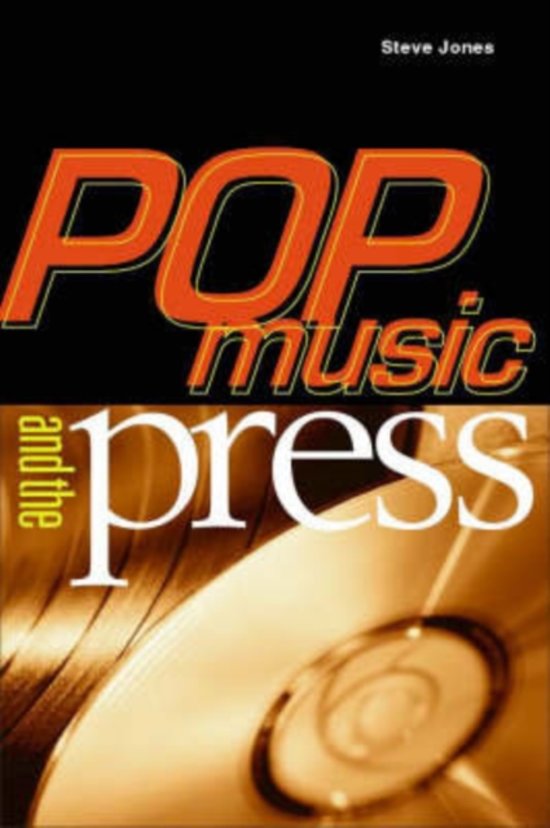 Since the 1950s, writing about popular music has become a staple of popular culture. Rolling Stone, Vibe, and The Source as well as music columns in major newspapers target consumers who take their music seriously. Rapidly proliferating fanzines, websites, and internet discussion groups enable virtually anyone to engage in popular music criticism. Until now, however, no one has tackled popular music criticism as a genre of journalism with a particular history and evolution. Pop Music and the Press looks at the major publications and journalists who have shaped this criticism, influencing the public's ideas about the music's significance and quality. The contributors to the volume include academics and journalists; several wear both hats, and some are musicians as well. Their essays illuminate the complex relationships of the music industry, print media, critical practice, and rock culture. (And they repeatedly dispel the notion that being a journalist is the next best thing to being a rock star.) Author note: Steve Jones is Professor of Communication at the University of Illinois, Chicago. Among his books are CyberSociety: Computer-Mediated Communication and Community (editor) and Rock Formation: Popular Music, Technology, and Mass Communication.
Toon meer Toon minder

This fascinating new volume...fill[s] a significant gap in popular music scholarship...the book is an essential text for any scholar of popular music....a major contribution to the academic literature on popular music in part because it provides a foundation, heretofore absent, for future investigations of the world of music journalism and the cultural significance of the same. -The Journal of Communication A compilation of essays from scholars and professional music critics, this is a highly academic look at the practice of music criticism, the craft's brief history, and the trends that shape the opinions of American and British music writers. While the history lesson and excerpts by highly regarded protocritics like Lester Bangs and Robert Christgau are enjoyable, the book truly shines when it examines ongoing industry issues such as giving equal opportunity to women musicians and how to cover properly the death of a musical legend. Editor Jones (communications, Univ. of Illinois, Chicago) and his contributors aren't afraid to criticize the critics, but in doing so they sometimes sink to the methods they're denouncing. Missing are in-depth meditations on the importance of underground music fanzines and the sudden rise of Internet rock criticism. Overall, however, this book provides a thought-provoking and inspiring look at the practice of music criticism. -Library Journal Warning, my people (that is to say, rock and rap critics): read these pages and find yourselves subject to all-too-partial observation, someone else's critical agenda, and a bit of misplaced envy. Seem familiar? You've been doing it to musicians for years. And now the tables are turned... -Eric Weisbard, Experience Music Project Pop Music and the Press will be a necessary addition to the collection of anyone interested in the study of popular music. These essays, written from a variety of academic disciplines and perspectives, explore and even sometimes capture the variability, the passion, and the frustration of writing and reading music journalism. This book really does add something to the mix that is popular music studies. -Lawrence Grossberg, Morris Davis Distinguished Professor of Communication Studies and Cultural Studies, University of North Carolina As one of the gatekeepers, I stopped reading reviews and music criticism in the press nearly ten years ago. Cold Turkey. Steve Jones's book offers the history and perspective to show why I was both right and wrong to do so. -Paul Marszalek, Vice President/Music Programming, VH-1
Toon meer Toon minder