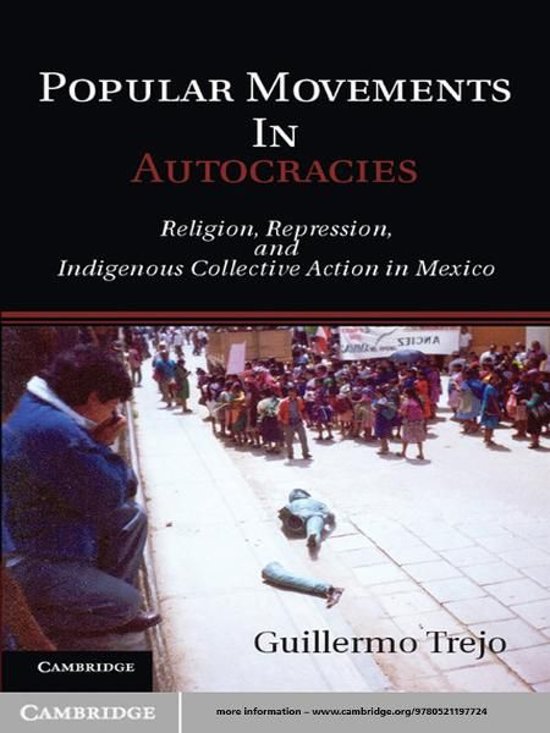 This book presents a new explanation of the rise, development and demise of social movements and cycles of protest in autocracies; the conditions under which protest becomes rebellion; and the impact of protest and rebellion on democratization. Focusing on poor indigenous villages in Mexico's authoritarian regime, the book shows that the spread of US Protestant missionaries and the competition for indigenous souls motivated the Catholic Church to become a major promoter of indigenous movements for land redistribution and indigenous rights. The book explains why the outbreak of local rebellions, the transformation of indigenous claims for land into demands for ethnic autonomy and self-determination, and the threat of a generalized social uprising motivated national elites to democratize. Drawing on an original dataset of indigenous collective action and on extensive fieldwork, the empirical analysis of the book combines quantitative evidence with case studies and life histories.