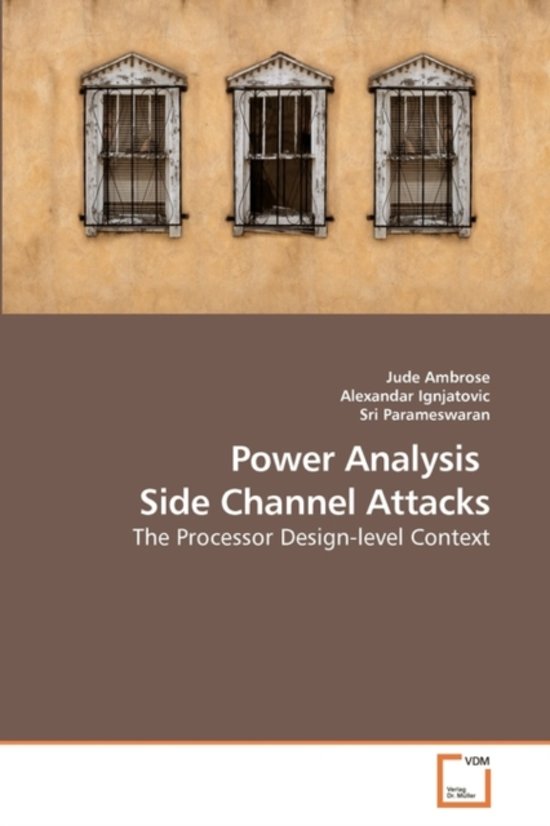 Embedded Systems are ubiquitous, used in various applications, ranging from low-end electronic appliances to high-end rockets. Security on such systems is a major concern where any useful insight gained by the adversary is harmful. Side Channel Attacks (SCAs) are performed by observing properties such as power usage, processing time and electro magnetic(EM) emissions, to correlate these external manifestations with internal computations. These properties are used to obtain critical information, such as a secret key of a secure application. Power analysis has been the most effective technique to extract secret keys during the execution of cryptographic algorithms using SCAs. This book elaborates on power analysis based side channel attacks detailing all the common attacks and the countermeasures proposed in the past. It also presents novel processor designs to combat against such attacks.
Toon meer Toon minder