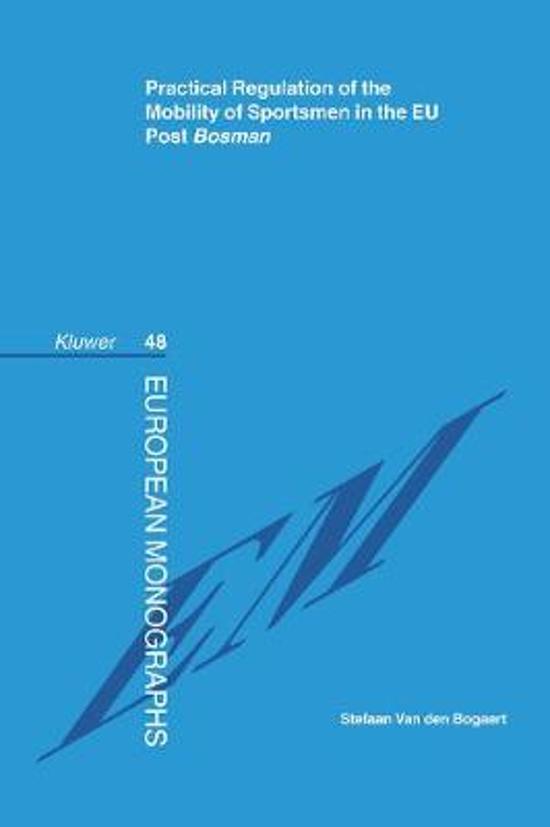 Sport is recreational, social, educational, healthful, and cultural. It has always been all of these things. Perhaps also it has always been political. In recent years, however, it has become something else besides: economic. Nowadays a lot of money is invested in sport, and sporting competitions often generate enormous amounts of revenue. This has entailed serious repercussions, especially for the relations between individual sportsmen/sportswomen and the sporting clubs and federations that act as brokers for their careers. Into this protected area for decades a closed shop now come the European institutions, especially the European Court of Justice and the European Commission, with the declared intention of ensuring respect for the exigencies of Community law while at the same time protecting the specificity and the integrity of sport. This important book presents an in-depth analysis of the viability under Community law of traditional sports regulations such as transfer rules and nationality clausesboth sets of rules seriously compromised by the Bosman case of 1995. The author asks in particular whether certain rules elaborated by sporting associations can withstand the test of compatibility with the free movement provisions of the EC Treaty. In the light of Bosman, he also rigorously investigates: whether valuable arguments exist for keeping certain sporting rules and practices entirely outside the scope of the EC Treaty; and whether the private nature of sporting clubs constitutes a stumbling block for the application of the relevant free movement rules. Practical Regulation of the Mobility of Sportsmen in the EU Post Bosman comes at a moment when clarification of where this complex and contentious matter currently lies is essential if we are to gauge where it is going. The topic is of special and increasing interest, as official declarations on sport were attached to the Treaties of both Amsterdam and Nice. And, if the draft Constitution for Europe actually enters into force, sport will even become an official area of Union policy. This trend confirms the value and significance of this ground-breaking book for practitioners, policymakers, and regulators in the burgeoning field of sports law.
Toon meer Toon minder