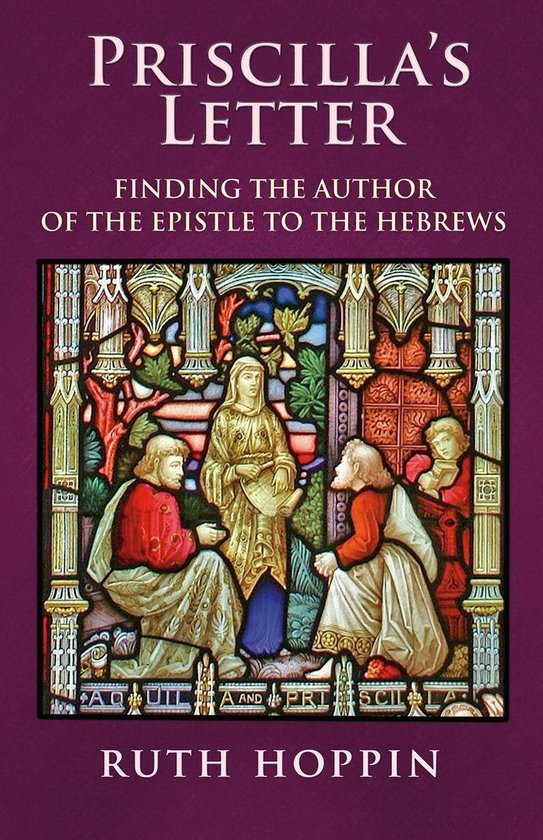 The name of the author of the Epistle to the Hebrews was lost early in its story: Tracking down every clue, and developing a convincing line of reasoning, Ruth Hoppin contends that Priscilla a woman who was a leader in the early church and an associate of Paul is ultimately the only suspect who meets all the qualifications for authorship. Originally published in 1997, Priscilla's Letter: Finding the Author of the Epistle to the Hebrews was secretly taken out of print after only a few months of availability. Circumstances suggest deliberate suppression, due to the influence of religious extremists who regard the concept of female authorship of the epistle intolerable. Recognition of Priscilla's claim will advance the social and religious status of all women.


This scholarly examination of a long-debated New Testament mystery arques convincingly that a woman was the author of Hebrews.


An accessible and engaging read, Priscilla's Letter is the book to purchase if one wants to round out his/her library of Christian scripture scholarship. It is available in Spanish under the title La carta de Priscilla: encontrando el autor de la epístola a los hebreos. Anyone seeking truth about women s original role in the Church, academic and lay leader alike, should read this book. --Christine Fahrenbach, Deacon, Roman Catholic Womenpriests for Feminstas Unidas newsletter

Subtitel
Finding the Author of the Epistle to the Hebrews