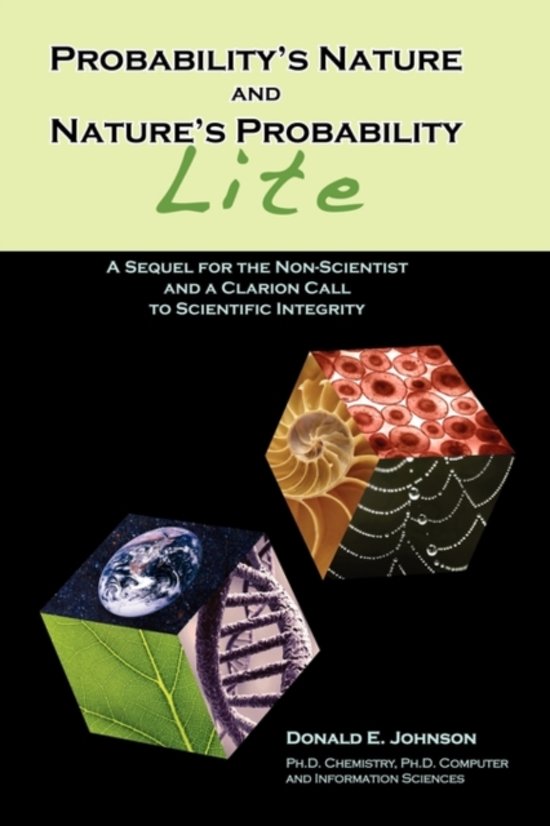 This is the sequel to the well received "Probability's Nature And Nature's Probability which was written in depth for Scientist and Professionals. This new book has the same wonderful foundation, but has been revised and put into layman's terms so anyone can understand it. The author once believed anyone not accepting the "proven" evolutionary scenario that was ingrained during his science education was of the same mentality as someone believing in a flat earth. With continued scientific investigation, paying closer attention to actual data (rather than speculative conclusions), he began to doubt the natural explanations that had been so ingrained in a number of key areas including the origin and fine-tuning of mass and energy, the origin of life with its complex information content, and the increase in complexity in living organisms. It was science, and not religion, that caused his disbelief in the explanatory powers of undirected nature. The fantastic leaps of faith required to accept the undirected natural causes in these areas demand a scientific response to the scientific-sounding concepts that in fact have no known scientific basis. Scientific integrity needs to be restored so that ideas that have no methods to test or falsify are not considered part of science. Too often "possible" is used by scientists without considering that "possible" has a scientific definition within the nature of probability. For example, one should not be able to get away with stating "it is possible that life arose from non-life by ..." or "it's possible that a different form of life exists elsewhere in the universe" without first demonstrating that it is indeed possible (non-zero probability) using known science. One could, of course, state "it may be speculated that ...," but such a statement wouldn't have the believability that its author intends to convey by the pseudo-scientific pronouncement. This book reviews the many prevalent scenarios that are widely accepted, but need closer examination of their scientific validity. It will also examine the scientific validity of Intelligent Design (ID) as a model that can be empirically detected and examined. For example, the book uses known science (including Shannon and Functional information principles) to prove that it is impossible (zero probability) for life's complex information system to have an undirected natural source. The usefulness of the ID model for furthering scientific inquiry is also analyzed. One chapter is devoted to exposing fallacies, presuppositions, and beliefs that attempt to prevent acceptance of ID as "science."
Toon meer Toon minder