Professional Autonomy and the Public Interest The Barristers' Society and Nova Scotia's Lawyers, 1825-2005 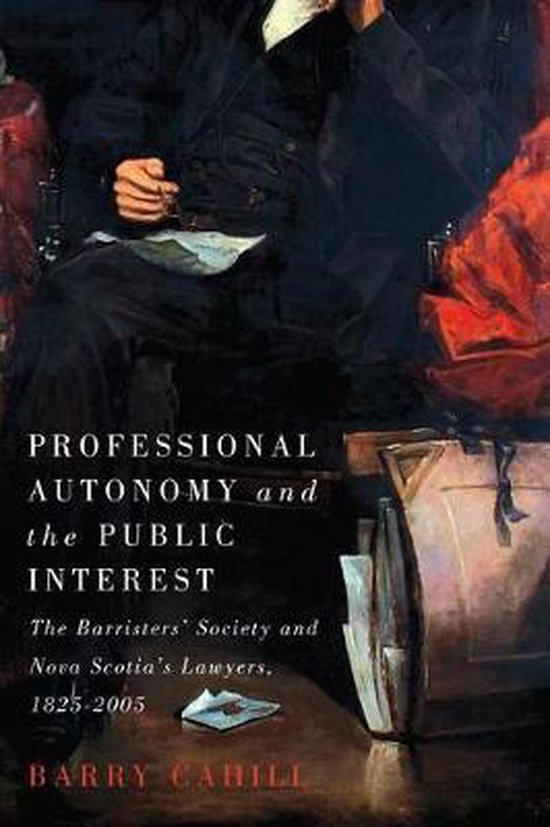 Formed in 1825, the Nova Scotia Barristers' Society is the second-oldest law society in common-law Canada, after the Law Society of Ontario. Yet despite its founders' ambitions, it did not become the regulator of the legal profession in Nova Scotia for nearly seventy-five years. In this institutional history of the Nova Scotia Barristers' Society from its inception to the Legal Profession Act of 2005, Barry Cahill provides a chronological exploration of the profession's regulation in Nova Scotia and the critical role of the society. Based on extensive research conducted on internal documents, legislative records, and legal and general-interest periodicals and newspapers, Professional Autonomy and the Public Interest demonstrates that the inauguration of the Nova Scotia Barristers' Society was the first giant step on the long road to self-regulation. Highlighting the inherent tensions between protection of professional self-interest and protection of the larger public interest, Cahill explains that while this radical innovation was opposed by both lawyers and judges, it was ultimately imposed by the Liberal government in 1899. In light of emerging models of regulation in the twenty-first century, Professional Autonomy and the Public Interest is a timely look back at the origins of professional regulatory bodies and the evolution of law affecting the legal profession in Atlantic Canada.
Toon meer Toon minder