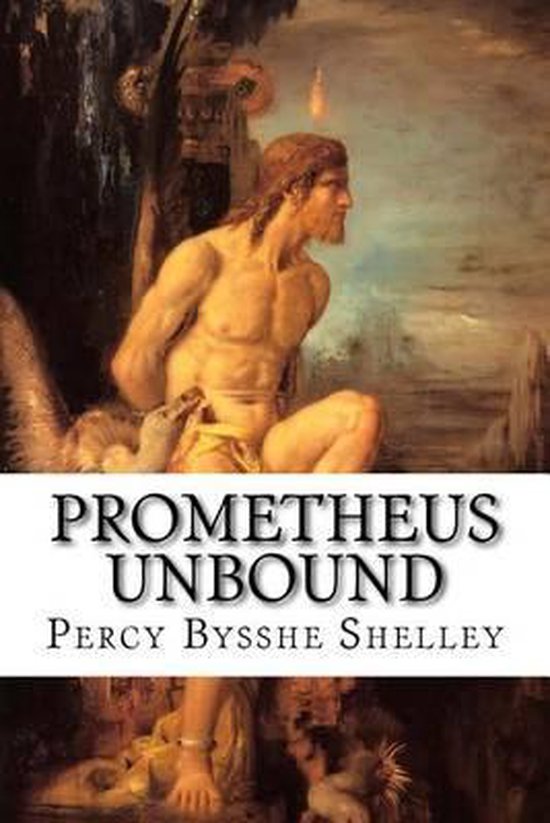 Prometheus Unbound is a four-act lyrical drama by Percy Bysshe Shelley, first published in 1820. It is concerned with the torments of the Greek mythological figure Prometheus, who defies the gods and gives fire to humanity, for which he is subjected to eternal punishment and suffering at the hands of Zeus. It is inspired by the classical Prometheia, a trilogy of plays attributed to Aeschylus. Shelley’s play concerns Prometheus’ release from captivity, but unlike Aeschylus’ version, there is no reconciliation between Prometheus and Jupiter (Zeus). Instead, Jupiter is abandoned by his supportive elements and falls from power, which allows Prometheus to be released. Shelley’s play is closet drama, meaning it was not intended to be produced on the stage. In the tradition of Romantic poetry, Shelley wrote for the imagination, intending his play’s stage to reside in the imaginations of his readers. However, the play is filled with suspense, mystery and other dramatic effects that make it, in theory, performable.
Toon meer Toon minder