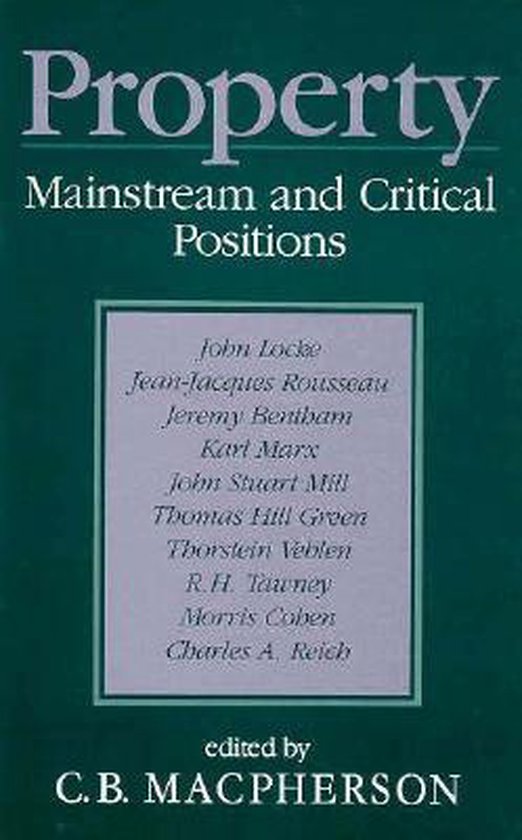 The legitimate role of the state in relation to property and the justification of property institutions of various kinds are matters of increasing concern in the modern world. Political and social theorists, jurists, economists, and historians have taken positions for and against the property institutions upheld in their time by the state, and further dehate seems inevitable. This book brings together ten classic statements which set out the main arguments that are now appealed to and places them in historical and critical perspective.The extracts presented here — all substantial - are from Loeke, Rousseau, Bentham, Marx, Mill, Green, Veblen, Tawney, Morris Cohen, and Charles Reich. A note hy the editor at the head of each extract highlights the arguments in it and relates it to the time at which it was written. Professor Macpherson's introductory and concluding essays expose the roots of some common misconceptions of property, identify current changes in the concept of property, and predict future changes. Macpherson argues that a specific change in the concept (which now appears possible) is needed to rescue liberal democracy from its present impasse.Property is both a valuable text on a crucial topic in political and social theory and a significant contribution to the continuing debate
Toon meer Toon minder