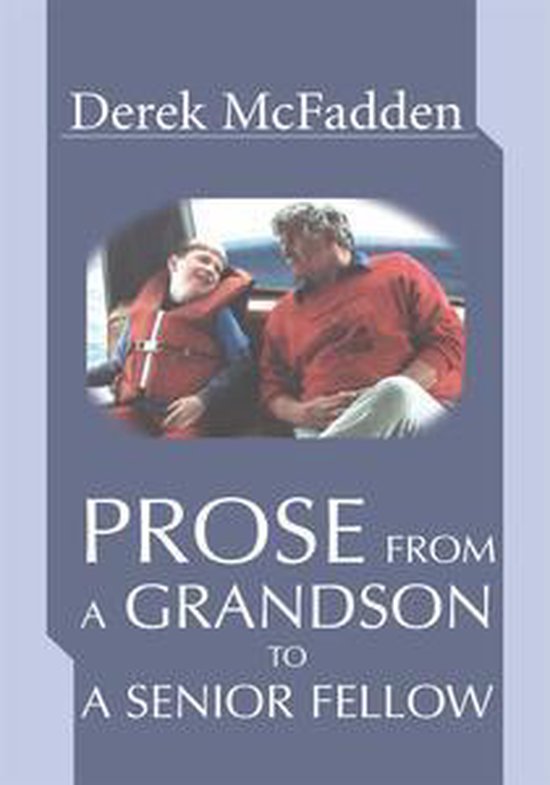 In 1982, Derek McFadden, born prematurely at just a bit over four pounds, was diagnosed with cerebral palsy. Initially, shock and grief paralyzed his family; and then eventually, acceptance came. Derek survived those first precarious months.


There to guide him through these uncertain times were many family members. But in particular, his grandmother, Shirley, and grandfather, Richard ''Papa Dick'' Kenbok, were the cornerstones of love and nurturing. Always there to lift him up. To hold him. To stand at his side.


Through the years, Papa Dick and Derek became souls united, oftentimes fused in hard love as Papa refused to let Derek become a victim of his affliction. ''Stand on up and do it,'' were Papa's continued words of encouragement, never allowing him to use his CP as a crutch.


Derek flourished. Attending public school and graduating. Writing his first novel: On Ashlyn's Bridge. Finding employment at a national radio network as well as producing his own online radio program. And most importantly, growing into a sensitive, loving young man with an enormous heart.


In 1997, Papa Dick was diagnosed with lung cancer. With the love of his family and the guidance of God, he survived. But in 2002, the cancer has returned, now homesteading his liver.


In tribute to Papa Dick, and to mirror the love and encouragement that has been his gift to our family, Derek dedicates this book of prose. ''Get well Papa. We love you.''