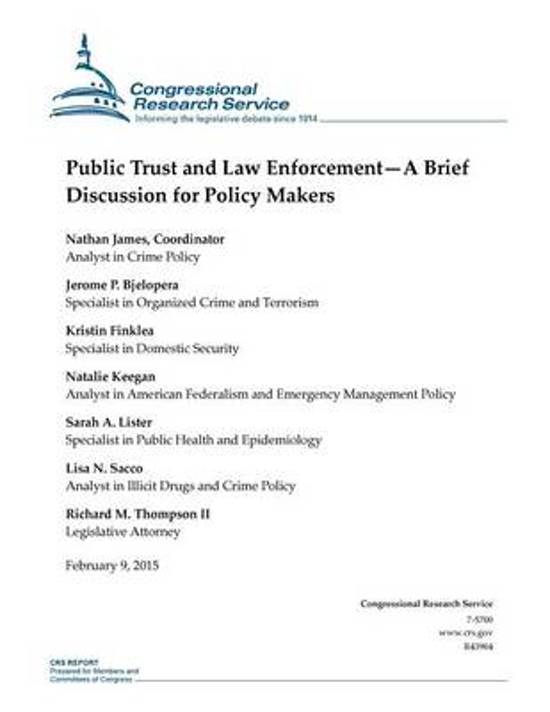 Recent events involving conflict between the police and citizens have generated interest in what role Congress could play in facilitating efforts to build trust between law enforcement and the people they serve while promoting effective crime reduction. This report provides a brief overview of police-community relations and how the federal government might be able to promote more accountability and better relationships between citizens and law enforcement. Gallup poll data show that, overall, Americans are confident in the police; but, confidence in the police varies according to race, place of residence, and other factors. In 2014, less than 50% of Americans favorably rated the honesty and ethics of police, the lowest percentage since 1998. If they conclude that low public ratings of the police are at least partially attributable to police policies, Congress may decide to address state and local law enforcement policies and practices they believe erode public trust in law enforcement. Federalism limits the amount of influence Congress can have over state and local law enforcement policy. Regardless, the federal government might choose to promote better law enforcement-community relations and accountability through (1) federal efforts to collect and disseminate data on the use of force by law enforcement, (2) statutes that allow the federal government to investigate instances of alleged police misconduct, and (3) the influence the Department of Justice (DOJ) has on state and local policing through its role as an enforcer, policy leader, convener, and funder of law enforcement.
Toon meer Toon minder