Public Utility Regulation The Economic and Social Control of Industry 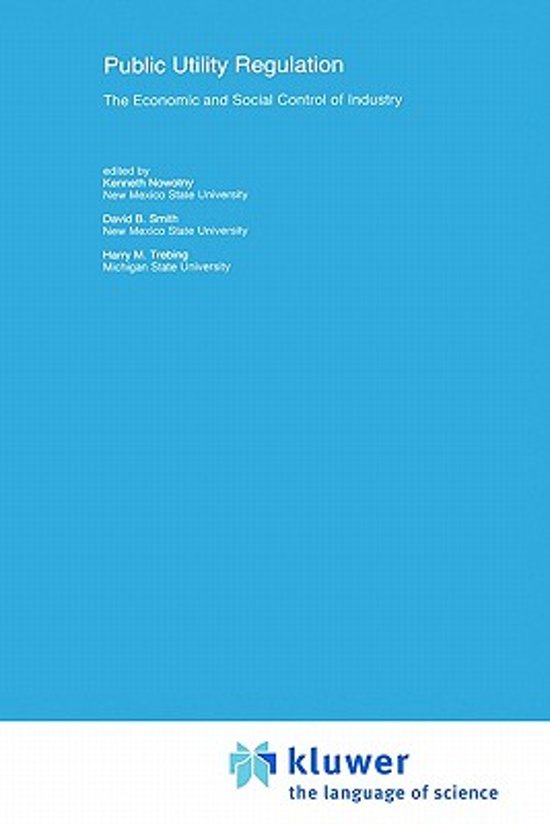 David B. Smith This is a book about the application of economic theory to a unique form of social control - public utility regulation. A central theme of this work is to examine the role that economics has played in shaping the rationale and direction of regulatory practices. While economic theory has played an important role in the shaping of regulatory policy in the past, it has an even greater potential role to play in the future as the regulatory community grapples with the many challenges of a changing economic environment. This is a very timely and much needed piece of work that can serve as a reference for decision makers who are facing the challeng­ ing problems of deregulation and competition. This work is comprised of 13 selected articles that guide the reader from an initial discussion of why we decided to regulate certain industries in the first place to a specific analysis of what role economic theory has played in the electric, natural gas, telecommunications, and water indus­ tries, and whether it should be allowed to play an even more dominant role in the future. The reader is then provided with a more modern version of what economists mean by the concept of natural monopoly and a menu of policy options that will allow society to derive any benefits from such a market structure.
Toon meer Toon minder