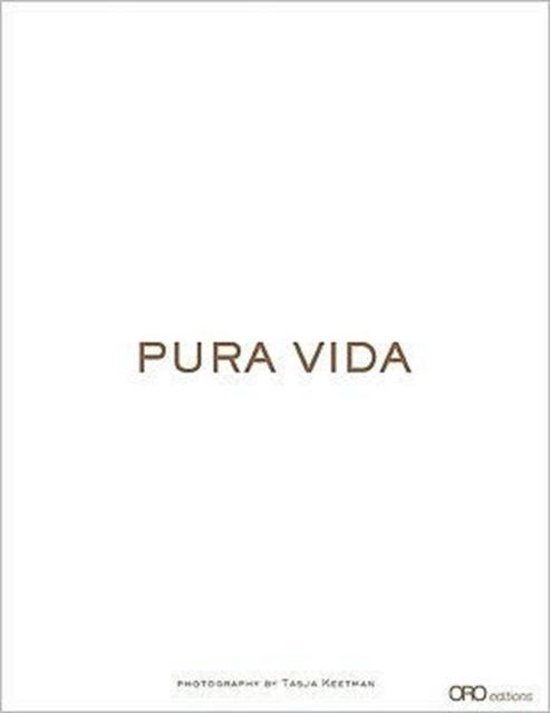 Pura Vida explores the realm of conceptual photography in this collection of images and words by architectural hardware company AF New York. The exposed spine binding and perforated edges of this book are meant to engage the reader and create an interactive experience. AUTHOR: Artist and photographer Tasja Keetman is recognised and appreciated for the fierce visual force, supreme technical agility and vigorous physical energy with which she shapes images and forms of people and things. She harnesses her subjects with her seeing - at once, compelling the static into orbit while inviting equilibrium to the discordant. Either way, Keetman commands stuff into visual being with artful skill, authority and grace. Keetman's photography projects have been published and exhibited in Europe and the USA, including: the Martin E. Segal Center at The City University of New York; Ernst Hilger Gallery at the Contemporary Art Fair in Palm Beach; the International Graphic Art Biennial in Split; the Boerse Munchen in Munich; the Boerse Central in Stuttgart; the Inetrnationale Foto Tage in Heidelberg; and Gigantic Art Space in New York; among others. Her series Longitude was recently published by Felix Schoeller and awarded the prestigious Kodak Prize. Her work is included in private and public collections, including the renown Fotomuseum in Munich and Natinal Collection Washington D.C.. Keetman's dynamic photographic style and exuberant personal energy have also made her a sought after photographer in New York City's avant-garde performance arena. There, she has worked on dozens of projects as both collaborator and documenter with acclaimed experimental music, theater and dance performance companies, including WaxFactory and XO Projects. Combining her passion of photography with her love for the three dimensional, she has been expanding her artistic practice to include paper sculptures and installations, which then become subject of her photography again. These intimate as well as large scale pieces have been widely exhibited nationally and internationally. She created a large land art project for the Int. Land Art Symposium in Germany, which was honored as an Outstanding Achievement. Her recent installation Greater Good shown at the Site and Architecture Workshop, Philadelphia was graced with the Excellence Award and will also be exhibited at Veridian Gallery, New York . Her work has been shown amongst others at the Foundry Art Centre, St. Charles; at the Rhonda Shaller Gallery in New York; on Roosevelt Island, New York. Currently she is developing a soloshow for the prestigious Kunsthalle Rostock in Germany, 2009. Keetman was raised to shape her world through a camera's viewfinder by her father, Herr Jan Keetman, one of Germany's most recognised editorial and advertising photographers. As a young adult, she spent much of her time in the darkroom of her uncle, Peter Keetman, the eminent German art photographer, whose images can be found in museums and notable collections worldwide. Ms Keetman considers her uncle as a strong influence amongst others that helped develop her individual style of concept, composition and technique. Tasja Keetman was born and raised in Munich, and currently lives and works in New York City. ILLUSTRATIONS: 100 colour photographs
Toon meer Toon minder