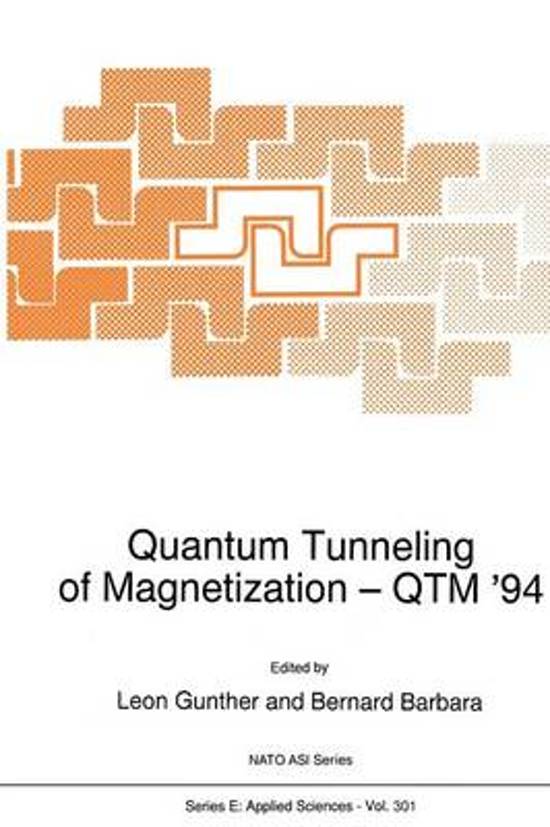 The first NATO Advanced Workshop on Quantum Tunneling of Magnetization (QTM) was organized and co-directed by Bernard Barbara, Leon Gunther, Nicolas Garcia, and Anthony Leggett and was held from June, 27 through July 1, 1994 in Grenoble and Chichilianne, France. These Proceedings include twenty-nine articles that represent the contributions of the participants in the Workshop. Quantum Tunneling of Magnetization is not only interesting for purely academic reasons. It was pointed out in the review article by L. Gunther in the December, 1990 issue of Physics World, that QTM may be destined to play a significant role within the next two decades in limiting the density of information storage in magnetic systems. Recent advances have indicated that this limitation may well be reached even earlier than first predicted. Furthermore, the number of people who have entered the field of study of QTM during these past few years has increased many fi)ld. The time was therefore opportune to hold a Workshop to bring together for the first time the leading researchers of QTM, both theoretical and experimental, so as to discuss the current status of the field. The most controversial issue at the time of the Workshop was how to establish r.eliable criteria for determining whether experimental results do indeed reveal manifestations of QTM. We believe that much progress was made at the Workshop on this issue.
Toon meer Toon minder